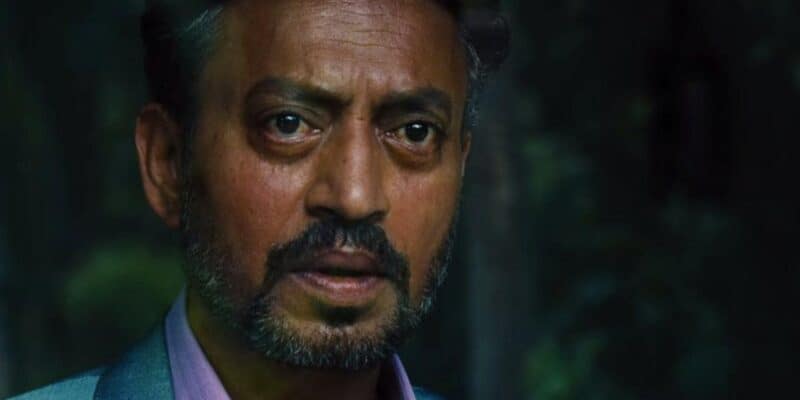 The Jurassic Park franchise is one of the most beloved and long-running, but it’s fair to say that, without countless stupid decisions, it would have never existed, or its sequels at least. We are, of course, talking about the characters in the movies and not the filmmakers themselves!

From bringing enormous dinosaurs to the mainland to sneaking into cages with a violent hybrid dino, the Jurassic Park movies are full of moments of sheer stupidity, that, while entertaining, can more often than not leave us scratching our heads in utter disbelief.

The Lost World: Jurassic Park (1997) is full of stupid decisions, which ultimately lead to the widely-hated San Diego sequence, while Jurassic Park III (2001) has even more dumb scenes. As for Jurassic Park (1993), despite some major bloopers, we think that movie is just perfect!

And while the latest movies — Jurassic World (2015) and Jurassic World: Fallen Kingdom (2018) — have well and truly put the Jurassic Park franchise back on the map, we can’t help but feel that they each have more dumb scenes than the two previous sequels combined!

While we love Jurassic World, unfortunately, it’s no exception where really dumb decisions are made. With that said, the movie is all the more entertaining for it. And though oftentimes hugely frustrating, some are known to provide the odd chuckle.

Director Colin Trevorrow has admitted that the Indominus Rex was the key to the movie existing in the first place, but we happen to think it’s the ensemble of stupid characters who serve as the most useful devices to further the plot along! Even if some of them are pretty useless!

5. Going into the Indominus Rex Enclosure

If we didn’t prefer to start in chronological order of events, we’d have saved this one for the top spot. When Claire Dearing (Bryce Dallas Howard) and Owen Grady (Chris Pratt) suspect that the Indominus Rex is no longer in its enclosure, they decide to try and find out where it is.

Knowing full well that each dinosaur has a built-in tracking device, and knowing that the Indominus can camouflage, operations manager Claire instead heads to the control room in her car, trying to call along the way, knowing also that the cell phone signal on the island is terrible.

Meanwhile, Owen, accompanied by two game wardens, also decides not to use the in-house computer terminal to locate the Indominus Rex (which is something many others are seen doing throughout the film). Instead, he decides to enter the enclosure to find out what’s going on.

After discovering claw marks on the enclosure wall, Owen decides that the huge creature has somehow climbed out to freedom, despite no sightings being reported. But soon, he learns that the Indominus has tricked them, and hasn’t gone anywhere — at least not until they let it out!

4. Using Non-Lethal Weapons Against the Indominus

After the Indominus Rex escapes, it goes on a rampage through the Isla Nublar jungle, killing everyone and everything in its path, and discovering the world for the first time. Meanwhile, in the Jurassic World control room, Simon Masrani (Irrfan Khan) makes an executive decision.

Despite Owen’s protests, Masrani decides to use only non-lethal weapons against the Indominus, as the dinosaur is worth millions of dollars. But surely, a huge carnivorous dinosaur running amok in a theme park that’s teeming with guests could potentially result in a much bigger cost?

Damage to park property, the deaths of other dinosaurs, inevitable lawsuits filed by the loved ones of dead people — the list goes on! As such, it would have made so much more sense to order the immediate death of the animal to avoid costs that would probably be tenfold that of the hybrid.

However, we understand that, having been impressed with the Indominus shortly before its escape, Masrani’s decision was probably a knee-jerk reaction to wanting to protect an expensive asset. Nevertheless, it was a very bad call, and Masrani ends up learning the hard way!

3. Advising All Guests to Congregate on Main Street

If there’s one thing you can expect from Jurassic World employees, it’s their inability to handle a situation in which a dinosaur has escaped from containment, despite Simon Masrani telling everyone that they were always prepared for such an event, that it was an “eventuality”.

Not only do those in charge fail to order the immediate retirement of a highly-dangerous animal that’s on the loose in a busy theme park, their evacuation orders are equally-baffling. In fact, ordering all parkgoers to congregate on Main Street doesn’t really qualify as an evacuation.

We get that Jurassic World is on an island, but would it have cost the Masrani Corporation that much extra to have the Isla Nublar Ferry on standby in the event of an emergency, rather than forcing all the guests to hang around in the blazing Central American heat while they wait for one?

And not to mention that there’s a huge, man-eating dinosaur on the loose! And every member of the ACU (Animal Control Unit) are either in the jungle looking for said-dinosaur, or have already been eaten. Why were none of them stationed on Main Street with all the civilians?!

2. Giving the Indominus the Ability to Camouflage

By the end of Jurassic World, we learn that InGen security head Vic Hoskins (Vincent D’Onofrio) is the brains-behind-the-brains of the operations where the Indominus Rex is concerned. In other words, Dr Henry Wu (BD Wong) has been secretly working for him the entire time.

When Simon Masrani confronts Wu on why he gave the Indominus Rex the ability to camouflage at will and evade thermal detection by changing its body temperature, the geneticist explains that these are nothing more than attributes inherited from the DNA of other animals used to create it.

However, we eventually learn that this is Wu’s way of covering up InGen’s ulterior motive — that the Indominus Rex was created for military purposes, which ties back into Hoskins’ ongoing rants about utilizing raptors in combat. In other words, the dinosaur was made this way deliberately.

And we see this in action — the hybrid proves to be a highly-efficient predator. And we also learn that it’s part T-Rex and Velociraptor, hence its size and intelligence. So we get it — camouflage is an excellent weapon in war. But suppose the dinosaur was invisible during park hours..?

1. Building the Lagoon Near Main Street

In Jurassic World, guests are never too far away from a large dinosaur. Rexy can be found just off of Main Street (or on Main Street if we’re talking about the third act battle), while the Mosasaurus Lagoon is nothing more than a stone’s throw away. But just let that sink in for a moment.

While the lagoon is bordered and definitely not open for swimming, it still takes up a huge space, which is no surprise considering that the prehistoric, sea-dwelling creature is big enough to grab the Indominus Rex with its jaws (which actually happens during the thrilling Main Street brawl).

After being on the receiving end of Rexy and Blue, the Indominus smashes into a barrier, then readies herself for round two. But the Mosasaur emerges from the surface of the lagoon and closes her huge jaws around the Indominus Rex, and drags the dinosaur kicking into the murky depths.

While the hybrid-dinosaur is the one to break the barrier in the first place, it’s bewildering that the lagoon is this close to Main Street! Does this suggest that, at any point during a day at the park, the Mosasaur was always free to emerge from the water and burst through the barrier?!

We’ll have to wait and see what kind of dumb decisions are made in Jurassic World: Dominion (2022), but we’ve no doubt whatsoever that we’ll be left scratching our heads a few times. And perhaps some of those bad decisions will even lead to dinosaurs ruling the earth in the new movie! Either way, it’s no surprise that Jurassic Park and Jurassic World were doomed to fail.

Did you notice any other dumb decisions in Jurassic World?

Comments Off on 5 REALLY Dumb Decisions in ‘Jurassic World’