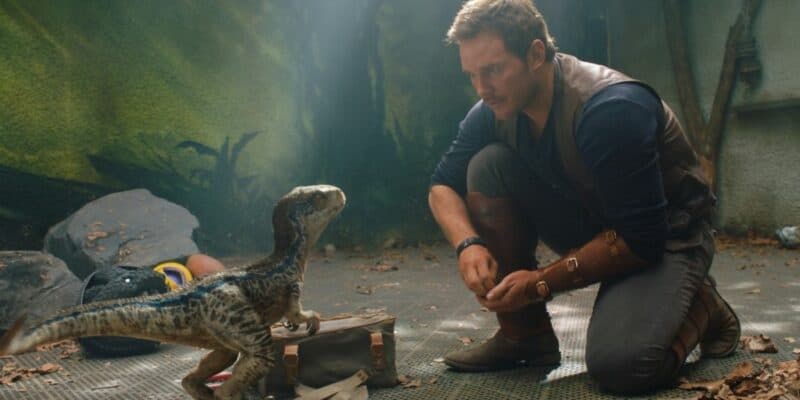 Jurassic World: Dominion (2022) is set to be the last movie in both the Jurassic World series and the main Jurassic Park series. The Jurassic Park franchise has enjoyed much success since it started back in 1993, both critically and financially, and to date has spawned five sequels.

It doesn’t sound like that much for a 30-year-old franchise, but there’s a lot of ground to cover when it comes to the Jurassic Park movies (or Jurassic World movies, depending on your preference). And there are many major events to take note of in almost every entry too.

But if you don’t have time to revisit all the films in the Jurassic Park franchise before you watch Jurassic World: Dominion, don’t worry, because we’ve prepared a recap of all previous five films, as well as the two canonical short films that have been released onto YouTube over the past few years.

But there’s plenty that InGen doesn’t know about its genetically-engineered dinosaurs. The same goes for their own employees, when disgruntled computer programmer Dennis Nedry (Wayne Knight) disables power across the park in an attempt to steal dinosaur embryos for rival company Biosyn.

When the t-rex and the raptors escape, Grant must lead Hammond’s grandchildren, Lex (Ariana Richards) and Tim Murphy (Joe Mazzello), safely through the jungle. Meanwhile, Ellie, Hammond, and Malcolm try to restore power to the park so that they can send for a helicopter.

During a terrifying confrontation with the raptors in the Visitor Center, Grant, Ellie, and the kids are inadvertently saved by the t-rex. Then they quickly join Hammond and Malcolm in the chopper before heading to the mainland, leaving Jurassic Park to its own devices.

The Lost World: Jurassic Park picks up four years after the events of Jurassic Park, this time focusing on Dr. Ian Malcolm, whose career has been upended after going public about the incident on InGen’s private Costa Rican island.

But Malcolm soon learns from John Hammond that there’s a second island inhabited by dinosaurs — Site B, AKA Isla Sorna. And after learning that his girlfriend Dr. Sarah Harding (Julianne Moore) has gone there to document dinosaurs, Malcolm leads a rescue mission.

Meanwhile, Hammond’s nephew and newly-appointed InGen CEO Peter Ludlow (Arliss Howard) also heads to Site B with an army of game hunters to capture dinosaurs and bring them back to the ready-made “Jurassic Park San Diego”.

Soon, both teams are forced to unite when their camps are destroyed. Ultimately, a rex is captured and shipped to the mainland, however, the dinosaur breaks free and wreaks havoc in San Diego. Ludlow is killed, and the rex, with its young, is returned safely to Isla Sorna.

Four years after the San Diego incident, Jurassic Park III finds Site B and its airspace to be a restricted zone. But that doesn’t stop curios visitors, and when Eric Kirby (Trevor Morgan) is taken parasailing by his stepfather, he winds up stranded in the jungle.

Meanwhile, Dr. Alan Grant and his assistant Billy Brennan (Alessandro Nivola) are desperate to secure funding for future digs, and when Grant is approached by a rich couple who offer a handsome fee in exchange for his services as an aerial tour guide of Site B, he reluctantly agrees.

But it soon turns out that Paul (William H Macy) and Amanda Kirby (Tea Leoni) aren’t who they say they are — they’re actually Eric’s parents, and the tour is a rouse. After the plane crash-lands, Grant is forced to lead the survivors to safety, while also looking for the Kirbys’ lost son.

The group is stalked by a spinosaurus and a pack of raptors, and Grant learns that Billy has stolen raptor eggs for the black-market to help fund their digs. Eventually, Eric is found safe and well, and Grant’s good friend Ellie Sattler sends the navy and the marines to rescue the party from the island.

14 years after the events of Jurassic Park III, and there’s already a park up and running on the original island. Owned by the Masrani Corporation, Jurassic World is a far more ambitious theme park resort than its failed predecessor Jurassic Park.

However, park attendance is at its lowest, as people are beginning to lose interest in seeing dinosaurs. So to encourage more visitors, Dr. Henry Wu (BD Wong), who previously worked for John Hammond, has created a genetic dinosaur hybrid known as the Indominus Rex.

When the Indominus Rex appears to have gone missing from its containment unit, park operations manager Claire Dearing (Bryce Dallas Howard) and animal behaviorist Owen Grady (Chris Pratt) investigate. But the Indominus has tricked them, and seizes the opportunity to actually escape.

The park is thrown into turmoil, and Owen’s highly-trained raptors are released to kill the hybrid. But the plan fails, so Claire releases the original t-rex, and with the help of surviving raptor Blue, the Indominus is killed. The park is evacuated and the dinosaurs reclaim Isla Nublar once again.

It has been four years since Jurassic World came crashing down, but now, an imminent volcanic eruption threatens the island and its prehistoric inhabitants, which divides the world — should the dinosaurs be allowed to survive, or is this a natural “correction”, as Dr. Ian Malcolm puts it?

His aide Eli Mills (Rafe Spall) arranges the mission, and invites Claire and Owen Grady to join his military outfit to the island. But during the destruction of Isla Nublar, it transpires that Mills has deceived Lockwood and intends to sell the dinosaurs in an illegal auction at Lockwood Manor.

Later, at the manor, Claire and Owen meet young Maisie Lockwood (Isabella Sermon), Lockwood’s granddaughter, who is revealed to be a human clone. When a genetic hybrid known as the Indoraptor is released, the auction becomes a bloodbath. To save the dinosaurs from a gas-leak caused during the chaos, Maisie releases them all, including Blue, into the wilderness.

The first short film in the Jurassic Park franchise offers a snapshot of what life is like on mainland North America one year after the ecological disaster as seen at the end of Jurassic World: Fallen Kingdom, in which dinosaurs are released into the North American wilderness.

While on a camping trip, a blended family becomes the target of an allosaur after it attacks a migrating family of nasutoceratops. Though the family manages to survive, this is just one of many dinosaur-related problems taking place all over the country.

Mid-credits footage reveals a lumbering stegosaur causing a car to go careening off a highway, pteranadons attacking an outdoor wedding, and a young girl being chased by compys.

The second short film in the Jurassic Park franchise is actually the prologue to Jurassic World: Dominion. The five-minute teaser spends a great deal of time in the Cretaceous Period, showcasing natural dinosaurs in their natural habitats.

We also see a t-rex battle a giganotosaur, and losing unceremoniously. However, this is simply to show us how the original Jurassic Park t-rex’s journey began, as we see a mosquito feeding off its fresh carcass.

Flash-forward 65 million years, and “Rexy” is being hunted by a police helicopter in her new home, the Sierra Nevada Forest, where she has been living for the past four years since escaping Lockwood Manor.

Will you be watching all the Jurassic Park movies before Jurassic World: Dominion is released in theaters? Let us know in the comments down below!