Chris Pratt Clears Up Mystery Around Whether or Not 'Jurassic World: Dominion' Is the Last Movie - Inside the Magic 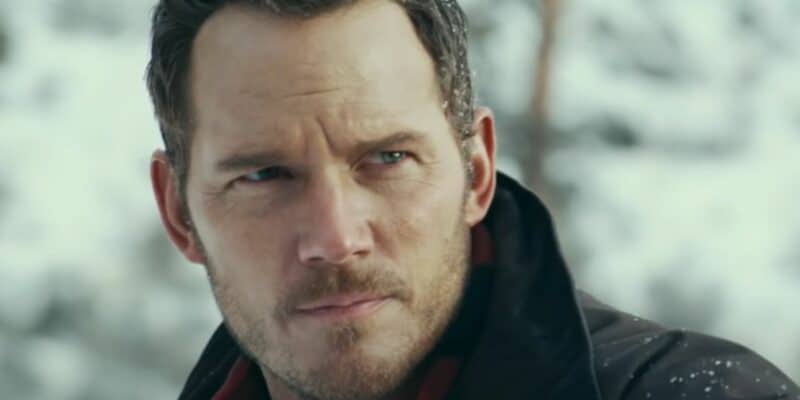 Jurassic World: Dominion (2022) is shaping up to be the most epic movie in the entire franchise. Not only will it see the return of original Jurassic Park (1993) characters, it will also revolve around dinosaurs living and thriving on mainland North America and in other parts of the world.

And with the film’s release just weeks away, Universal Pictures is wasting no time with some heavy marketing. While two official trailers dominate the online world, toy shelves everywhere are already lined with rows upon rows of new merchandise.

The film will be the sixth Jurassic Park installment, and director Colin Trevorrow has described it as “the epic culmination of the entire franchise”, while the first official trailer promises “the end to the Jurassic era.” But that hasn’t stopped many from speculating that there will be more movies.

“I think Dominion’s going to wrap up this trilogy, but we’re not resting on our laurels. We’re going to sit down, and we’re going to see what the future is. We have that wonderful series, Camp Cretaceous, on Netflix. We obviously want to make quality, good movies with great storytelling, great writers and directors, but we’re definitely looking to do more in the Jurassic world.”

However, in a recent interview on the Today show, actor Chris Pratt, who reprises his role as Owen Grady in Jurassic World: Dominion, alongside fellow Jurassic World regular Bryce Dallas Howard (Claire Dearing), has confirmed that the movie will indeed be the final entry in the series.

“I really do think it’s the end, yeah. You got the legacy cast back — Sam Neill, Laura Dern, Jeff Goldblum — plus the cast of Jurassic World, all our storylines converging in a way that is very much a finale.” The actor went on to say, “Thirty years in the making — this is the sixth Jurassic film, and it’s the end of this franchise.”

While this clearly Chris Pratt’s opinion, and may not be in line with what future plans Universal Studios has for the franchise, ultimately, the actor is the one who has been involved in the shooting of the movie, and undoubtedly knows how everything will go down.

Either way, his words will certainly build even more anticipation around Jurassic World: Dominion, as fans will be curious now more than ever as to how the series — even if the upcoming movie marks only the conclusion of the Jurassic Park and Jurassic World movies — is going to end.

Between the Jurassic World: Dominion prologue, the trailers, and the dinosaur-populated map of North America that was recently shared by Colin Trevorrow, it’s clear that dinosaurs have become a worldwide problem in the four years that have passed since they escaped from Lockwood Manor at the end of Jurassic World: Fallen Kingdom (2018).

As such, it’s difficult to tell how the upcoming sequel might wrap things up, because it looks like dinosaurs are set to rule the earth all over again. What we do know is that fan-favorite Jurassic Park villain Lewis Dodgson (Campbell Scott) will be the main antagonist, and that he may have something to do with the growing dinosaur populations.

Even the hit Netflix animated show Jurassic World: Camp Cretaceous (2020) is set to end with its fifth season this July. While it takes place before Jurassic World: Dominion, it’s entirely possible some characters from the show could make an appearance in the upcoming movie.

Given the success of the two most recent Jurassic World movies, which made just shy of $3 billion at the global box office combined, it’s very unlikely that Jurassic World: Dominion will mark the end of this hugely successful franchise altogether.

Who knows — perhaps a future movie, or even a live-action television series, won’t even feature dinosaurs at all. Jurassic World: Camp Cretaceous, which is generally considered canon, has already featured other prehistoric creatures such as the sabre-toothed tiger.

Even the films themselves have ventured beyond the territory of cloning dinosaurs, as Jurassic World: Fallen Kingdom introduced the franchise’s first human clone in the form of Maisie Lockwood (Isabella Sermon), who will also be returning in Jurassic World: Dominion.

Either way, whether or not the upcoming sequel will be the last, it will still serve as a finale, wrapping up every movie in the “Jurassic era” so far — Jurassic Park, The Lost World: Jurassic Park (1997), Jurassic Park III (2001), Jurassic World (2015), and Jurassic World: Fallen Kingdom. So it might be easier to think of it as an Avengers: Endgame (2019)-type affair.

Do you think Jurassic World: Dominion will be the final movie in the franchise? Let us know in the comments below!