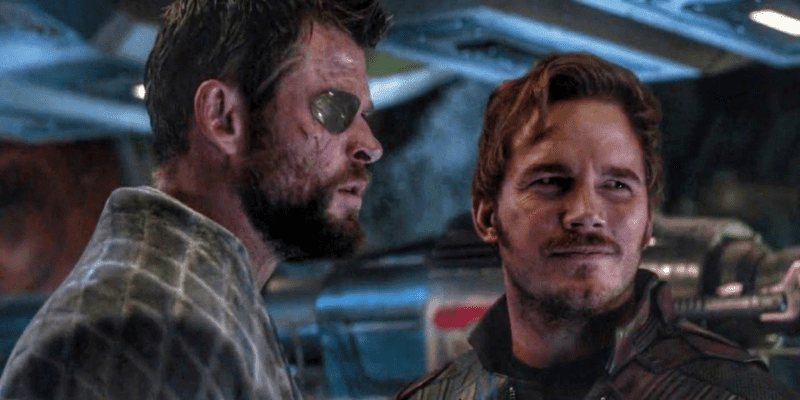 The Marvel Cinematic Universe is first a family and second a Hollywood blockbuster. Marvel stars are often criticized for their personal beliefs, and online rumors make false claims about the actors’ standards. Guardians of the Galaxy director James Gunn has had enough hate over Christ Pratt and his religious beliefs.

James Gunn made waves after stating that “we’re all going with him [Chris Pratt]” if Marvel Studios were to let go of the Parks & Rec actor Chris Pratt (The LEGO Movie, Tomorrow War, The Magnificent Seven) in favor of a recast of Peter Quill/Star-Lord.

The Andy Dwyer/ Owen Grady actor has been entangled in numerous social media controversies regarding his personal life and faith, with many citing him as the “worst Chris” in Hollywood. After the Andy Dwyer/Owen Grady actor married into the family of Arnold Schwarzenegger and Maria Shriver through their daughter Katherine Schwarzenegger, numerous backlashes occurred regarding Pratt’s ex-wife Anna Faris.

Chris Pratt is once again public enemy number one, with new online movements calling for the actor to be replaced as his Marvel superhero following “homophobic” claims made against Pratt.

Guardians of the Galaxy Vol. 3 (2023) isn’t having any of these rumors made against Chris Pratt, publicly stating:

Chris Pratt has never publicly made homophobic remarks or disrespected the LGBTQIA+ community online. Instead, by sharing his faith and politics, the internet has filled in holes with false claims that James Gunn confidently shattered, essentially claiming the rumors were a game of “Telephone.”

Chris Pratt isn’t going anywhere but up with Jurassic World: Dominion (2022) and Guardians of the Galaxy Vol. 3, as James Gunn clarifies that the entire Guardians cast and crew would be leaving Marvel with Chris Pratt if anything significant were to transpire.

With the Guardians of the Galaxy Holiday Special and Thor: Love and Thunder (2022) around the corner, this Marvel group of heroes is set to save the galaxy (again), with Vol. 3 being the final curtain call of the series.