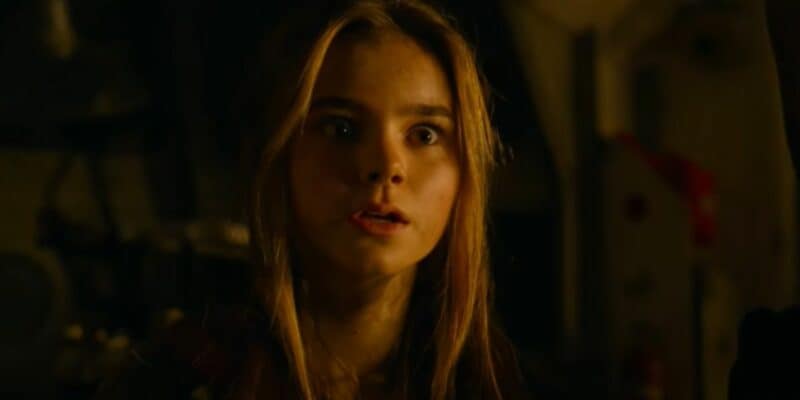 When it comes to fan service, no other film franchise does it better than Jurassic Park. The first film in the new trilogy, Jurassic World (2015), was fan service on a silver platter — and fans didn’t complain. After all, the Colin Trevorrow-directed film was very much a direct sequel to Steven Spielberg’s 1993 classic Jurassic Park (1993).

Despite the fact that there are two sequels that filled the 22-year gap between both Jurassic Park and Jurassic World, you could quite easily skip The Lost World: Jurassic Park (1997) and Jurassic Park III (2001) if you so wished (although they are both entirely canon, and all entries in the series of course are best viewed in order of release).

There are perhaps more callbacks in Jurassic World and its direct sequel Jurassic World: Fallen Kingdom (2018) than there are in the two sequels that followed Jurassic Park. But despite all those Easter eggs and all those crowd-pleasing moments in the two first Jurassic World movies, fans were still left feeling short-changed upon exiting the theaters.

Now, that has all changed, as Jurassic World: Dominion has finally been released in theaters. The sixth installment in the Jurassic series has been a long time coming, and while it’s being met with some very prickly reviews, it’s still taking the global box office by storm, and is already one of the highest-grossing blockbusters of 2022.

The Jurassic World sequel, which like its 2015 predecessor is directed by Colin Trevorrow, is being torn apart by critics, not unlike one of the many unfortunate humans in the film. And despite its highly questionable premise (forget all the marketing — it’s not what you think it is), the film still delivers in spades when it comes to nail-biting dinosaur action.

From mosasaurs attacking fishing boats in the ocean, to carnotaurs snatching people off their scooters in the streets of Malta, there’s no shortage of prehistoric mayhem in Jurassic World: Dominion. Nor is the sequel short on a variety of dinosaurs, unleashing never-before-seen species while retaining many fan-favorite beasts from previous movies.

In fact, many fans have been left hugely satisfied by two scenes alone, each of which unveil dinosaurs both old and new. For 29 years, fans have been dying to see the return of the dilophosaurus from the original 1993 film. Known also as “spitters” by fans, the fan-favorite dilophosaurs are the dinosaurs which lay waste to Dennis Nedry (Wayne Knight).

The beautiful but deadly dinosaur, which sports frills and spits poisonous venom at its prey, was only teased in Jurassic World in the form of a hologram, which came in useful when distracting a velociraptor. However, while a scene was filmed for Jurassic World: Fallen Kingdom, in which a dilophosaur appears at the docks of Isla Nublar, it never made it to the theatrical release.

But now, prayers have been answered, as the dilophosaurus makes a triumphant return in Jurassic World: Dominion, in two of the most bone-chilling scenes in the entire film. Warning — there are spoilers ahead, so if you haven’t seen the film yet, look away now (unless of course you’re one of the rare few who don’t mind spoilers!).

After already being terrorized by dinosaurs in the jungle that surrounds the Biosyn facility in the Italian Dolomites, Claire Dearing (Bryce Dallas Howard) comes face to face with a pack of dilophosaurs, which appear like something out of a nightmare. And later, villain Lewis Dodgson (Campbell Scott) meets a sticky ending (literally), when he’s ambushed by the very same pack.

This will undoubtedly please many fans of the original 1993 film, but there’s also another dinosaur in Jurassic World: Dominion that will have many punching the air. When Dr. Alan Grant (Sam Neill), Dr. Ellie Sattler (Laura Dern), and Maisie Lockwood (Isabella Sermon) are exploring a cave system in the Biosyn facility, they encounter a terrifying prehistoric predator.

Many dinosaur nuts watching the film will have instantly recognized those spiked sails that emerge from a dark lagoon in the cave as that of dimetrodon, which is actually a Permian-age reptile (meaning that it pre-dates the Triassic, Jurassic, and Cretaceous periods), and technically not a dinosaur (though for all intents and purposes, it is).

As Grant, Sattler, and Maisie attempt to escape the caves, with Dr. Ian Malcolm (Jeff Goldblum) desperately trying to unlock the gate from the outside, the dimetrodons descend upon them. Fortunately, they use crates to create a blockade, and Malcolm is consequently able to use the right code in the door panel, freeing his three comrades.

So, Jurassic World: Dominion might not be impressing critics, but fans are likely leaving the theaters very satisfied. Sure, elements of the plot are highly questionable, and perhaps deserve all the criticism, but that doesn’t make the film a disaster in its entirety. And besides, audiences tend to show up for the dinosaurs, and like a dinosaur-inhabited theme park itself, Jurassic World: Dominion does exactly what it says on the tin.

Were you happy to see the dilophosaurs and the dimetrodons in Jurassic World: Dominion? Let us know in the comments down below!