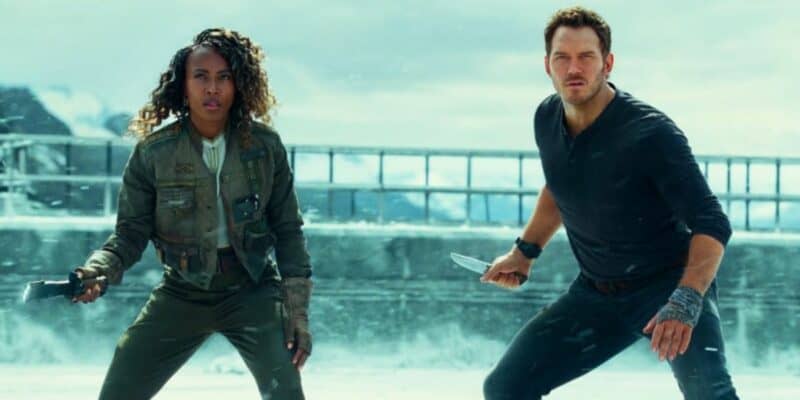 Jurassic World Dominion (2022) is still eating its way through the box office like a hungry dinosaur, and has so far grossed over $880 million worldwide, despite being panned by critics. The movie is the sixth installment in the Jurassic Park/Jurassic World franchise.

However, just little over a month after its release, Jurassic World Dominion has already found its way onto the small screen, as it’s now officially available on demand, which means that you’re able to watch it right now!

Don’t move. You can now watch #JurassicWorldDominion at home. On Demand Now: jurassicworld.com/watch-at-home/

Why do they always have to go bigger? The apex predator comes home today. #JurassicWorldDominion On Demand Now: jurassicworld.com/watch-at-home/

Why do they always have to go bigger? 🦖 The apex predator comes home today. #JurassicWorldDominion On Demand Now: https://t.co/ymB4eqrepe pic.twitter.com/49DqeuLv5l

A third post proves that Universal Studios is “sparing no expense” when it comes to marketing Jurassic World Dominion for its on demand release:

What matters most is what we do now. Bring home the epic conclusion on demand Friday. #JurassicWorldDominion

What matters most is what we do now. Bring home the epic conclusion on demand Friday. #JurassicWorldDominion pic.twitter.com/CWNsXF94pi

Jurassic World Dominion is also still available to watch in theaters, and it’s looking like it will pass $1 billion. Whether or not it will go much higher remains to be seen, but Jurassic World (2015) took in over $1.6 billion, while Jurassic World Fallen Kingdom (2018) took in $1.3 billion.

However, though it seems that Jurassic World Dominion is suddenly available to watch everywhere, unfortunately it’s not yet available on any online streaming services. It will arrive on Peacock some four months after its theatrical release, which would put it at around October time.

A DVD and Blu-ray release date is also unknown, but this will likely be the same time as its streaming service debut. However, it’s expected that the release will feature a director’s cut with an additional 14 minutes of footage, which would include the Jurassic World Dominion prologue.

As per the Universal Pictures and Amblin Entertainment website, here’s the official synopsis for Colin Trevorrow’s Jurassic World Dominion:

It’s also possible that Universal will create a live-action Jurassic World TV series in light of the new film’s success.

Will you be watching Jurassic World Dominion at home this weekend? Let us know in the comments down below!