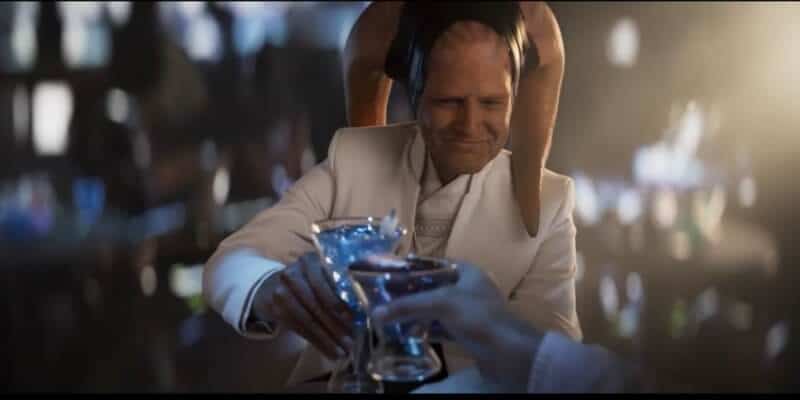 The highly anticipated Disney Wish has finally set sail and is exploring the wild blue sea, but Star Wars fans are shocked after Disney revealed a $5000 Skywalker cocktail.

Every Star Wars fan can either enjoy two nights at Star Wars: Galactic Starcruiser at the Walt Disney World Resort or relish in one cocktail aboard the Disney Wish. Both experiences cost a whopping $5,000:

The most expensive drink in the galaxy. The Star Wars Hyperspace Lounge on the Disney Wish has a $5,000 Kaiburr Crystal drink.

The most expensive drink in the galaxy. The Star Wars Hyperspace Lounge on the Disney Wish has a $5,000 Kaiburr Crystal drink. pic.twitter.com/ZcUp3yt0RI

Nonetheless, The Walt Disney Company is constantly aiming to bring the galaxy far, far away closer to fans, but with a price tag of a car, fans can’t help but question this latest business move:

it better come with a real lightsaber

it better come with a real lightsaber https://t.co/6lzSYY64RX

People choose what to loose their money on. Some go to the casino, others buy 5k space drinks

People choose what to loose their money on. Some go to the casino, others buy 5k space drinks 👁👄👁

$5000 star wars cocktail should be illegal

$5000 star wars cocktail should be illegal

I cannot express my sheer hate of this.

I cannot express my sheer hate of this.

The “Kaiburr Crystal” exclusive cocktail is the most costly drink that Disney has ever offered. Still, patrons won’t be able to keep the impressive and smoke-emitting Camtono (most recently seen in The Mandalorian).

More about the Disney Wish

Joining Disney Magic, Disney Dream, Disney Fantasy, and Disney Wonder, the Disney Wish at port Canaveral and Everglades is another incredibly innovative addition to the Disney Cruise Line. The Disney Wish is filled to the brim with magic, including a first-of-its-kind AquaMouse, a Disney attraction at sea, similar to the AquaDuck. The ship also features some fantastic dining opportunities for the whole family, with restaurants themed to your favorite character, scenes,s and music from Frozen and Marvel, and even a Star Wars lounge area!

With so much content coming out over the next year, every Marvel fan is more than ready to see the highly anticipated Thor: Love and Thunder (2022) in theaters on July 8, with Black Panther: Wakanda Forever (2022) hitting theaters on November 11.

Do you think Disney should charge $5000 for this drink? Comment below!