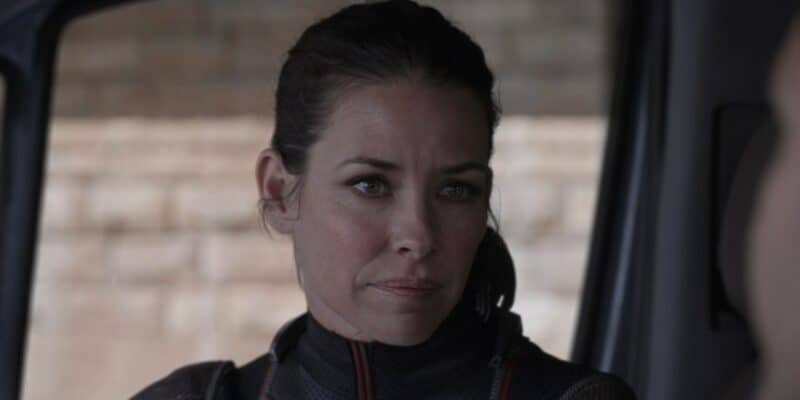 With a collective catalog of characters outdoing any other current cinematic franchise, it is by no surprise that the slew of actors playing parts in Kevin Feige’s Marvel Cinematic Universe have a variety of opinions.

Evangeline Lilly has been vocal about her concerns for “bodily sovereignty” and her support for the controversial Canadian truckers movement, some have even gone as far as to state the MCU actress is receiving the “Gina Carano treatment” from the Walt Disney Company. But, could all this heat amount to anything? In this new Multiversal Marvel Universe, could the superhero studio recast the Ant-Man star?

Lilly, Rudd, and Douglas will be joined by Michelle Pfeiffer (Janet van Dyne), Jonathan Majors (Kang the Conqueror), and Kathryn Newton (Cassie Lang) for next year’s Ant-Man and the Wasp: Quantumania (2023) from screenwriter, Jeff Loveness. Newton will replace Emma Fuhrmann (Avengers: Endgame) as Lang’s daughter for the Phase Four film, which will also star Bill Murray in an undisclosed role. Majors, of course, made his MCU debut as He Who Remains in Michael Waldron’s Loki.

But, as Phase Four heats up following movie and television successes like Shang-Chi and the Legend of the Ten Rings (2021), Tom Holland’s Spider-Man: No Way Home (2021), and WandaVision, not to mention the next blockbuster hit, Doctor Strange in the Multiverse of Madness (2022), one MCU star is garnering immense heat due to her own personal views.

Earlier this year, Evangeline Lilly issued a divisive statement on social media stating her support for those protesting vaccine mandates as well as the Canadian trucker movement, going so far as to blast Canadian Prime Minister, Justin Trudeau.

With Ant-Man and the Wasp: Quantumania releasing next year, and filming underway this year in San Francisco, it is unlikely that Marvel Studios will respond to the controversy by replacing the actress mid-shoot. However, Quantumania has never been confirmed to be the end of the Ant-Man story, meaning Lilly’s longevity in the MCU could be called into question if Marvel Studios want Wasp for the long haul. As could Loki star Tom Hiddleston’s, but that is an altogether different scenario. And let’s not forget Brie Larson, whose recent comments on playing Captain Marvel could throw the entirety of Phase Four into question.

As fans have seen, anything can happen with the Multiverse, and if choosing to do so, any character’s journey could continue far into the future even if the original stars have moved on. Or get fired.

Marvel fans have called Lilly out following her vocal support of the controversial protests and mandates sweeping Canada, and the world, issuing pleas for the actress to be recast in the MCU movie and beyond.

Recast Evangeline Lilly as the wasp in ant man [sic] replace her with Jennifer Garner, Kang will get angrier of what this actress talks about

Recast Evangeline Lilly as the wasp in ant man replace her with Jennifer Gardner, Kang will get angrier of what this actress talks about 👺 pic.twitter.com/PrulJEKyUO

Another comment from KT (@sloyoroll01973) suggested one long-standing MCU actress could take over the role:

Wow, Evangeline Lilly has become an anti-vaxx Letitia Wright, eh? Cobie Smulders could be recast as the Wasp.

Cobie Smulders could be the recast of the WASP. pic.twitter.com/rEQvCBTKf4

In addition to Jennifer Garner and Cobie Smulders potentially being cast, another two names that have frequented social media are Liv Tyler — also of former MCU fame — and Kate Beckinsale, as highlighted in this comment from Chase M. (@ChaseMagnett):

While, of course, these are the ideas of fans, no comment has been released from Kevin Feige, Marvel Studios, or the Walt Disney Company. But, as Star Wars followers saw with Gina Carano’s firing from Lucasfilm, announcements can still arise a while after controversy has been stirred.

In looking at the future of the Ant-Man franchise, and with the recasting of Fuhrmann with Kathryn Newton, Lilly may not be recast at all. In Marvel Comics, Cassie Lang grows up to be superheroes such as Stature and Stinger, with the former being her codename during the Young Avengers era.

As we know, the MCU looks poised to bring the Young Avengers into the franchise with characters like Kate Bishop (Hailee Steinfeld), America Chavez/Miss America (Xochitl Gomez), and possibly Yelena Belova (Florence Pugh), so the natural future of Wasp could transition with Newton’s own potential future as Stature or Stinger.

Or, Marvel Studios could simply let Lilly’s character run her course and move on with the rest of Phase Four and Phase Five, no questions asked.

Do you think Evangeline Lilly should be recast with a new actress? Let us know in the comments down below!