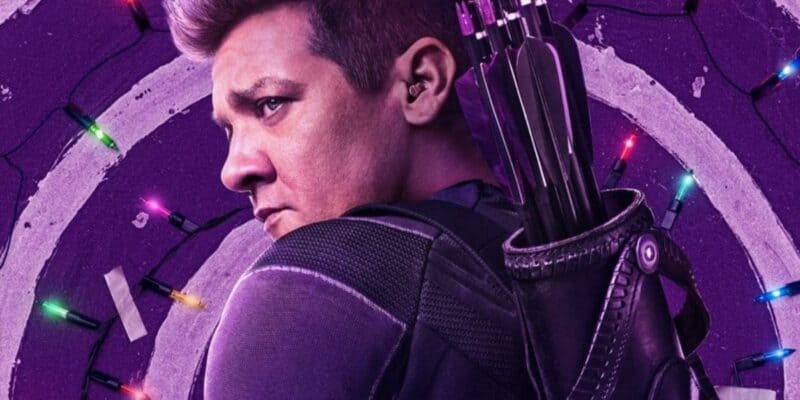 Marvel fans are counting down the days till the premiere of Hawkeye on Disney+ November 24, 2021. At least those that are not currently constructing elaborate conspiracy boards after the latest Spider-Man: No Way Home (December 17, 2021) trailer. Clint Barton aka Hawkeye (Jeremy Renner) will finally get his chance to shine in the next original Marvel series to hit the streaming service.

Now, Hawkeye director Rhys Thomas sat down with Games Radar to answer some questions about the Avengers’ first solo series.

The Hawkeye series is set to follow the critically acclaimed Marvel Comics series by Matt Fraction and David Aja. Though David Aja recently took to twitter saying he was not being credited or paid for his work on the series. One major change from the “Hawkeye” comic run is the introduction of the Marvel Cinematic Universes’ new Black Widow, Yelena Belova (Florence Pugh).

And Rhys Thomas recently shared as much as he could about how Yelena will meet Clint in the new series, saying:

“I can’t speak to that. But yes, we know their past, and obviously what happened in Endgame. We know in these first two episodes that Clint’s dealing with the fallout of that. But in terms of how they meet, I can’t – I’ll just pretend I don’t know. Imagine it’s a happy meeting, where they talk over coffee and work things out.”

Hopefully, this means that Marvel fans will not have to wait for the end of the six-episode run of Hawkeye to get more of Yelena in the MCU.

The next Disney+ series will also introduce fans to Kate Bishop aka Hawkeye (Hailee Steinfeld), Maya Lopez aka Echo (Alaqua Cox), and most importantly Lucky the Pizza Dog. Other rumors suggest that Vincent D’Onofrio, who played Wilson Fisk aka Kingpin in Netflix’s Daredevil series will be reprising his role in Hawkeye.

D’Onofrio recently took to Twitter to taunt fans by promoting Hawkeye by saying:

“This is going to be fun. I love these @Marvel series.”

This is going to be fun. I love these @Marvel series. https://t.co/6jN9FCwIkp

D’Onofrio played Kingpin in all three seasons of Daredevil, starting in 2015. Marvel Studios has never an announcement that any of the actors from the Netflix’s Defenders franchise will show up in the MCU but leaks from Spider-Man: No Way Home have fellow alumnus Charlie Cox, who played Matt Murdock aka Daredevil onset of what might be Tom Hollands’ final Spider-Man film.

More on the Hawkeye Series

The first two episodes will drop on the same day. Academy Award-nominated Jeremy Renner’s Clint Barton has been criminally underused in the Marvel Cinematic Universe so fans are delighted to get more time with the Avenger. The series will feature a comic book accurate deaf Hawkeye and introduce the first indigenous hero with Echo.

The official description of Hawkeye from Marvel reads:

Luckily for Marvel fans, Hawkeye is premiering just in time for Christmas. And we’ve known since the post-credit of Black Widow (2021) that Yelena will be hunting Clint down for revenge. He will definitely have a lot on his plate in the series.

Let us know in the comments if you are excited to see Florence Pugh as Yelena in Hawkeye and the rest of Marvel’s Phase Four plans.

Comments Off on NEW Black Widow’s Role in ‘Hawkeye’ Revealed