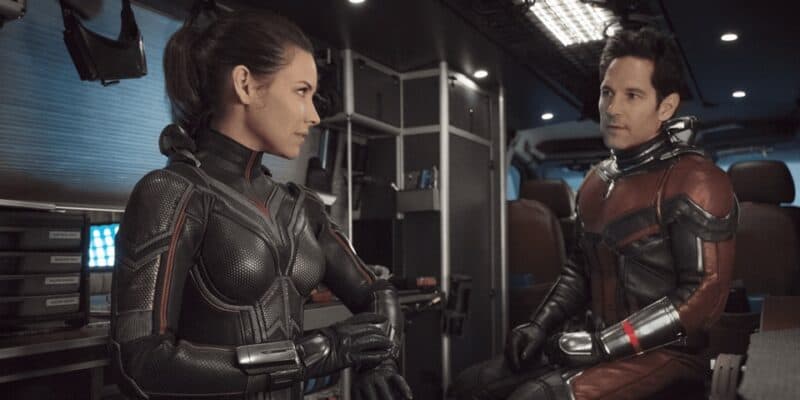 As it was reported earlier this week, Disney has pushed back the release of numerous projects to 2023, including The Marvels, Thor: Love and Thunder, Black Panther: Wakanda Forever, and Ant-Man and The Wasp: Quantumania. However, an actress in Ant-Man and The Wasp: Quantumania is saying that the wait will be well worth it due to the grand impact the film is going to have on the MCU.

According to Comicbook.com, Evangeline Lilly, who plays the role of Hope Van Dyne/The Wasp in Ant-Man and The Wasp, says the upcoming film is going to have major ramifications and impact on the Marvel Cinematic Universe as a whole. She sat down on the Lights, Camera, Barstool podcast and stated that since Ant-Man has existed outside the MCU, it has allowed them to freely create and intertwine the story.

“So, Ant-Man, the brand, has always existed outside of the Marvel Cinematic Universe mythology machine. So, we’ve had a lot of freedom to kind of come and go as we please, and like, make stories that are stand alone little pieces, sweet family pieces. And definitely the breadth of this one is… grander.”

Ant-Man and The Wasp: Quantumania will be directed by Peyton Reed. Paul Rudd will be reprising his role as Scott Lang/Ant-Man. Michelle Pfeiffer will be playing Janet Van Dyne and Michael Douglas will play Hank Pym. We previously reported on Jonathan Majors being cast as Kang (a variant of He Who Remains) in the upcoming film.

Ant-Man (2015) grossed over $520 million at the box office, and the sequel Ant-Man and The Wasp (2018) grossed over $623 million. It seems to be a reoccurring pattern that each sequel in the franchise outdoes the last one in box office revenue. We will have to wait until 2023 to see if the third adaptation in the franchise will cross the $700 million mark. In the meantime, Ant-Man fans will have to watch the first two films to tie them over. The official synopsis of both films has been posted below.

Forced out of his own company by former protégé Darren Cross, Dr. Hank Pym (Michael Douglas) recruits the talents of Scott Lang (Paul Rudd), a master thief just released from prison. Lang becomes Ant-Man, trained by Pym and armed with a suit that allows him to shrink in size, possess superhuman strength and control an army of ants. The miniature hero must use his new skills to prevent Cross, also known as Yellowjacket, from perfecting the same technology and using it as a weapon for evil.

More on Ant-Man and The Wasp

Scott Lang is grappling with the consequences of his choices as both a superhero and a father. Approached by Hope van Dyne and Dr. Hank Pym, Lang must once again don the Ant-Man suit and fight alongside the Wasp. The urgent mission soon leads to secret revelations from the past as the dynamic duo finds itself in an epic battle against a powerful new enemy.

Are you excited for Ant-Man and The Wasp: Quantumania? Be sure to let us know in the comments!

Comments Off on Actress Says ‘Ant-Man and The Wasp: Quantumania’ Tells a Much “Grander” Story