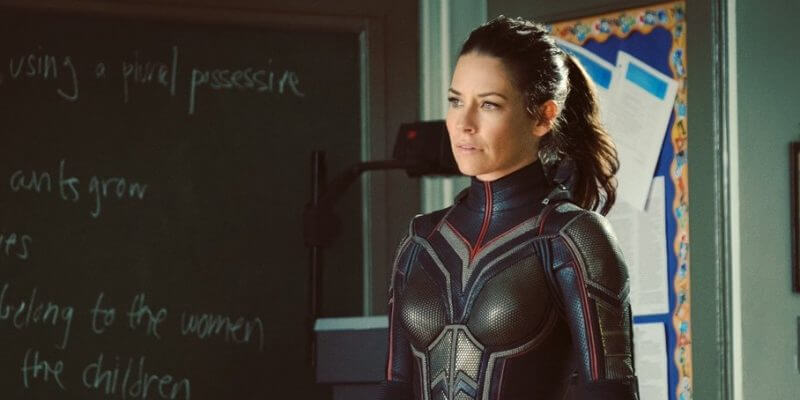 Incomparable comic book artist (and newly-crowned Disney Legend) Jack Kirby would be exactly one hundred years old today had he not passed away in 1994.

In honor of the Marvel mogul’s momentous anniversary, “Ant-Man and the Wasp” star Evangeline Lilly (who plays Hope van Dyne in the Marvel Cinematic Universe) took to Twitter to pay tribute by revealing a first look at her character in costume as the Wasp.

I am honoured to be on set today playing #TheWasp on what would be Jack Kirby's 100th birthday.
.#ThankYouJackKirby #AntManAndTheWasp pic.twitter.com/EBsV8jTK34

Compare this costume to the one glimpsed at the end of the first “Ant-Man” movie, which was quite a bit shinier, with a brighter color scheme. Could this be an alternate costume to the one seen above. We’ll have to wait for the movie (or at the very least a trailer of some sort) to find out. 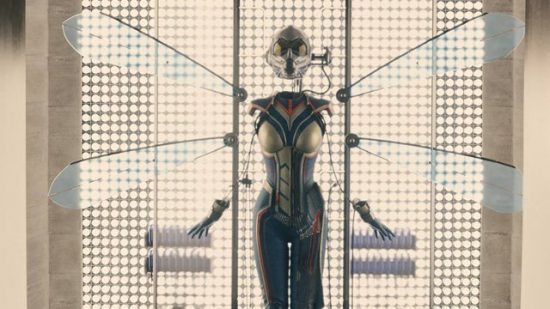 The Wasp was created in 1963 by writer Stan Lee alongside Jack Kirby, who came up with the character’s look. In the comics, the character was a founding member of The Avengers.

“Ant-Man and the Wasp” is currently scheduled to be released on Friday, July 6th, 2018, from Marvel Studios and director Peyton Reed.