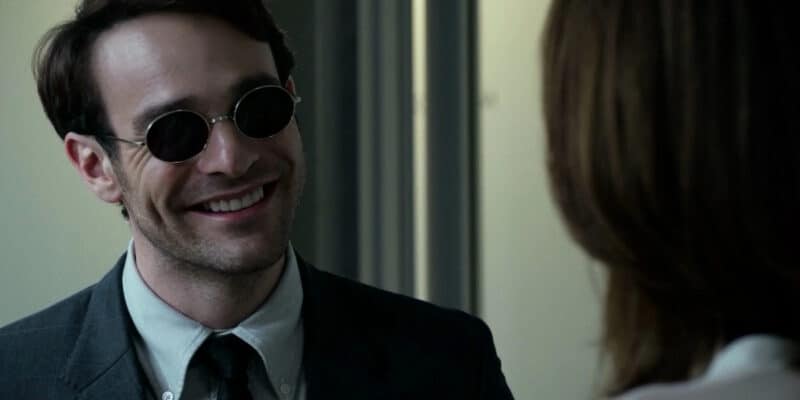 Charlie Cox’s Daredevil will be getting his own show in the Marvel Cinematic Universe very soon as reports have confirmed a new series is in the works.

Cox surprised fans with his brief cameo in Spider-Man: No Way Home (2021) as he was Peter Parker/Spider-Man’s lawyer. This happened just a few days after seeing Vincent D’Onofrio return as Wilson Fisk/Kingpin in Hawkeye leaving fans speechless that Marvel brought the two characters back so close together.

Despite having most of his scenes cut from the movie, fans were very excited to see Cox in the MCU as he would get to play once again after his Netflix series was cut back in 2018.

Now, Cox is reported to appear in She-Hulk and also in Echo which will let the hero interact with other super heroes, but fans desperately want Cox to have his own series. It seems that Marvel is making this a priority as Variety reports that Cox is getting his own series on Disney+:

A new “Daredevil” series is moving forward at Disney+, with Variety having exclusively learned from sources that Matt Corman and Chris Ord are attached to write and executive produce.

While Marvel has declined to confirm whether or not Charlie Cox’s Daredevil series is officially canon for the MCU, fans are hopeful that Marvel won’t erase the Netflix series altogether. The Netflix Marvel show is definitely a fan favorite and it would cause a huge controversy if Marvel scrapped the series altogether.

Most likely, Marvel will do a soft reboot and explore what happened to Matt after the Blip and explain how he went from the end of Daredevil Season 3 to his new series. Since Disney didn’t create the Netflix Marvel show, they won’t make the new series, Daredevil Season 4, but it basically will be.

Hopefully, the original cast will return for the series as Matt Murdock should have his best friends Foggy Nelson (Elden Henson) and Karen Page (Deborah Ann Wolf) return. If the series focused on Daredevil’s new friendship with Alaqua Cox’s Echo and trying to take down Kingpin’s empire, fans might lose it.

If fans are lucky, the series also won’t be a limited series and Disney can make sure to add several seasons to the new series. This doesn’t happen to many Marvel projects, but it isn’t impossible as Loki will begin filming Season 2 very soon.

Are you excited for Charlie Cox’s Daredevil to get his own Disney+ series?