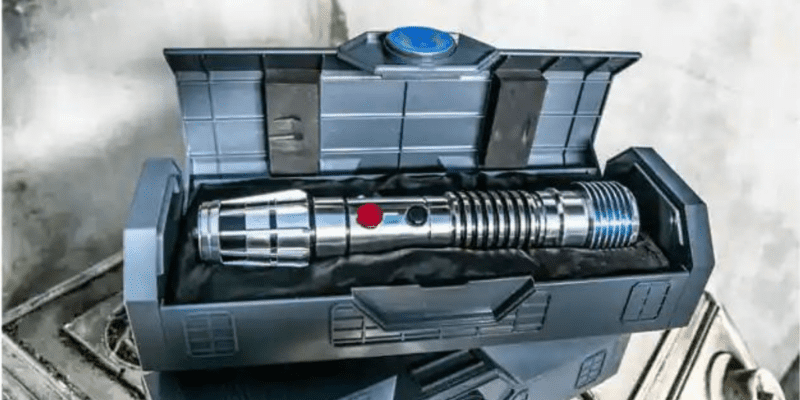 The Star Wars universe is constantly expanding, and with each new Jedi comes a fascinating lightsaber and story behind the weapon. Following the path of Luke Skywalker and Ahsoka Tano, Rebels Kanan Jarrus is finally receiving his legacy lightsaber at Galaxy’s Edge, but it’s not the saber that many fans were expecting.

A bit of Star Wars: Rebels history is joining the Disneyland Resort and Walt Disney World Resort at Galaxy’s Edge, with Jedi Master Kanan Jarrus receiving his legacy lightsaber at the infamous Dok-Ondar’s:

You answered the call! The newest Legacy Lightsaber Hilt to debut at Dok-Ondar’s Den of Antiquities has been revealed, plus more exciting Lightsaber news you won’t want to miss

You answered the call! ⭐ The newest Legacy Lightsaber Hilt to debut at Dok-Ondar’s Den of Antiquities has been revealed, plus more exciting Lightsaber news you won’t want to miss: https://t.co/poVcWGEIbr pic.twitter.com/3gmTqUd4mo

After Disney hosted an online poll in which every Star Wars fan could vote to have their favorite lightsaber come to life at Galaxy’s Edge, Kana Jarrus is finally joining the ranks of Darth Maul and Obi-Wan Kenobi’s legendary lightsaber collection.

Padawan Caleb Dume’s lightsaber is joining the fleet of sabers available at Dok-Ondar’s Den of Antiquities, making some fans scratch their heads, given this lightsaber is barely seen in Rebels.

Kanan’s better-known lightsaber features an entirely different design that most Rebels fans argue is more popular than his Padawan weapon.

While the Disney Parks Blog has not revealed an official release date for the Kanan saber, fans will be able to purchase Plo Koon’s Legacy Lightsaber Hilt beginning July 8, 2022.

On top of that, Disney revealed a limited edition version of Ahsoka Tano’s (Ashley Eckstein) Star Wars: Rebels’ lightsaber, producing only 6,000 of the exclusive cases that play Tano’s theme song when opened.

Once known by the name Caleb Dume, Kanan Jarrus survived the Emperor’s purge, going underground for years and hiding the truth about who he really was. Carrying a lightsaber openly in the age of the Empire would have given away his affiliation as a Jedi, so he kept his lightsaber in pieces on his belt only to be assembled when necessary.

Are you going to buy these lightsabers? Comment below!