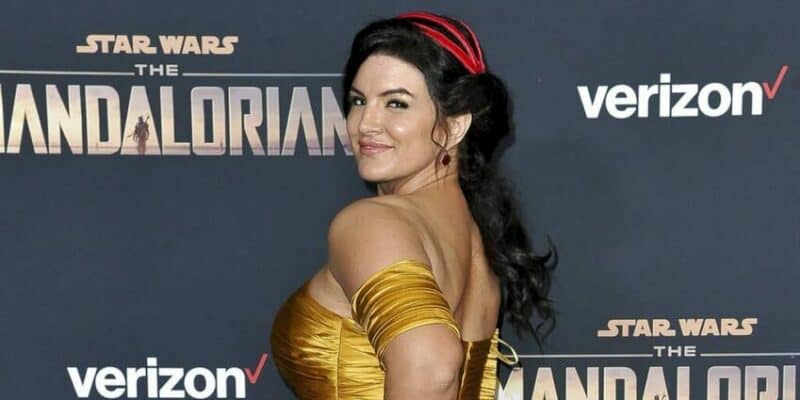 The Star Wars universe is ever-expanding, but actress Gina Carano found herself outside of the Skywalker Saga after being fired by Disney for controversial social media posts. Now, The Mandalorian star is moving on and receiving significant recognition for her latest feature film.

The Daily Wire’s Terror on the Prairie (2022) is sparking controversies among those who wish to completely silence the pro-MMA fighter Gina Carano, as well as excitement among her countless fans who have followed the Deadpool (2016) starlet throughout her career.

With a 7.4/10 IMDb rating, Gina Carano’s Terror on the Prairie is currently listed as a better movie than major hits among cinema lovers like American Sniper (2013) and Nightmare Alley (2021). Nonetheless, the Star Wars star isn’t going down without a fight, Ben Shapiro and The Daily Wire are with her.

Now, Gina Carano is receiving the praise that many of her fans feel she deserves, including a standing ovation at the Backstage and the Ryman 2022 event:

Though hosted by The Daily Wire, the entire audience still chose to give their new in-house actress a standing ovation for her comeback film, one that’s being met with mainly positive critical reviews.

It’s been a tough year.. but I’ll wash it away with a tear, take a big breath and be back in a sec.
Thank you from the deepest part of my heart. Was not expecting that.

It’s been a tough year.. but I’ll wash it away with a tear, take a big breath and be back in a sec.
Thank you from the deepest part of my heart. ❤️ Was not expecting that. 🥲 https://t.co/Fsr1HAVZ5V

Her fans are more vocal now than ever in support of Carano’s latest success:

Tears in my eyes watching total appreciation of a beautiful woman standing up for what she believes.

Tears in my eyes watching total appreciation of a beautiful woman standing up for what she believes.

While Gina Carano won’t be returning to The Mandalorian season three or for her solo Star Wars spinoff series Rangers of the New Republic (which was canceled after Carano’s departure), the ex-Hollywood star is making her rounds in new formats and refusing to leave the public eye or creative spectrum of film-making.

Terror on the Prairie (2022) is just one of two controversial movies that Carano is starring in, with the other being a look into the life of Hunter Biden, My Son Hunter, reportedly coming later this year.

Do you think Gina Carano will return to Star Wars? Comment below!