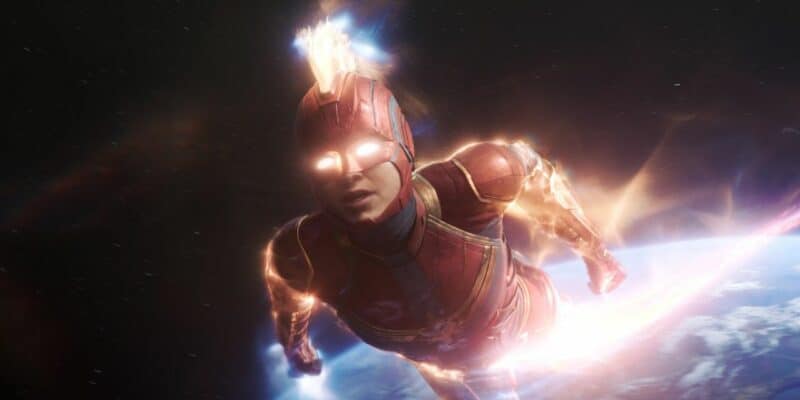 Move over, Carol Danvers: The Marvel Universe is about to resurrect one of its Captain Marvel heroes for the first time in decades.

While some Marvel fans may only know Carol Danvers as Captain Marvel, many people in the Marvel Universe have donned the alias. Captain Mar-Vell of the Kree Imperial Militia would be the first Marvel Comics Captain Marvel hero, debuting in “Marvel Super-Heroes #12” (1967). Over the years, there would be Monica Rambeau (who also used the codenames Photon and Spectrum), Phyla-Vell, Khn’nr, Noh-Varr, Carol Danvers, and Genis-Vell.

It will be the latter version of Captain Marvel which will receive a reboot this year, bringing the character back after almost 20 years.

Marvel.com says of the new series:

Nearly 30 years ago, Genis-Vell, originally called Legacy, debuted in SILVER SURFER ANNUAL (1988) #6 with the impossible task of filling in for his late father, the original Captain Marvel and an unparalleled hero who gave his life in the line of duty. However, in the CAPTAIN MARVEL volumes helmed by writer Peter David a few years later, the prodigal son found his footing, developing a cult following and starring in a number of classic stories. Then Genis-Vell died. So did Rick Jones, the human with whom he shared a host body. As of last year, the chances of this particular Captain Marvel seemed slim.

Genis-Vell will return to the Marvel Universe in “GENIS-VELL: CAPTAIN MARVEL” (2022) — “a five-part limited series written by [Peter] David with art from the talented Juanan Ramírez.” The series sees Genis and Rick face old and new enemies, giving this version of Captain Marvel “a new lease on life.”

Peter David told Marvel.com that he hadn’t thought about Genis-Vell for quite some time considering his death and Carol Danvers taking up the mantle, but was “thrilled” when he was asked to join the project. Carol Danvers is, of course, the live-action Marvel Universe version of Captain Marvel played by Academy Award-winner, Brie Larson.

“Originally Marvel wanted the entire story to be set at the time of the original Genis. But when I found out he was returning to modern day Marvel, I strongly suggested that we split the story into both eras […] The bottom line is that Rick has been super-heroing much longer than Genis, so he’s able to help him learn about the world in general and being a Super Hero in particular.”

David goes on to reveal which villains this Captain Marvel incarnation will face — and they are all too familiar to many Marvel fans of both Marvel Comics and the Marvel Cinematic Universe.

“Genis will find himself coming up against the Kree who have their own plans for him, and are not going to appreciate him giving them problems…”

The Kree have had a long-standing connection with Captain Marvel, inserting themselves into the pantheon of this specific hero for decades in Marvel Comics. In the MCU, the Kree have appeared in both Guardians of the Galaxy (2014) and Anna Boden and Ryan Fleck’s Captain Marvel (2019), where the comic book hero faced off against the Supreme Intelligence (Annett Bening) in the Marvel film.

As for the future of Captain Marvel in Kevin Feige’s live-action Marvel Universe, Larson will return to her role as the female superhero, Carol Danvers/Captain Marvel in the upcoming Marvel Phase Four movie, The Marvels (2023) from director Nia DaCosta. Larson’s new adventure will see both Teyonah Parris of WandaVision and Iman Vellani of Ms. Marvel, reprise their characters of Monica Rambeau and Kamala Khan/Ms. Marvel, respectively. Zawe Ashton and Park Seo-joon will also star in the Captain Marvel sequel in undisclosed roles.

Interestingly, while it was confirmed that Maria Rambeau (Lashana Lynch) had passed away after the events of Avengers: Infinity War (2018), the No Time to Die (2021) actress returned to the MCU in this year’s Doctor Strange in the Multiverse of Madness (2022) as a Multiversal Variant of Captain Marvel — Earth-838’s to be specific, where she served as a member of the Illuminati. Only time will tell if Marvel Studios will play into the many versions of Captain Marvels out in the Multiverse, and bring Lynch back for another Marvel movie.

The Marvels is slated to release in movie theaters on July 28, 2023.

Will you be picking up this new “Captain Marvel” limited series? Let us know in the comments down below!