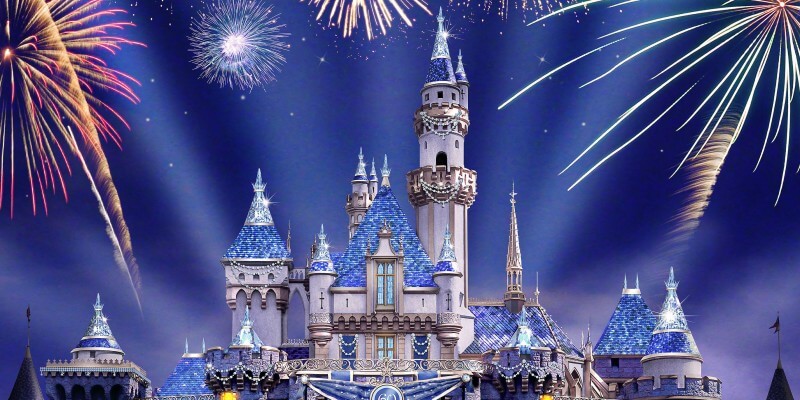 2015 was a year filled with fun experiences both new and old, lots of changes, and big announcements in both parks at Disneyland Resort in Anaheim, California. Let’s take a look back at this past year and review some of Inside the Magic’s coverage of the Resort during the 60th Anniversary Diamond Celebration of Disneyland.

Luigi’s Flying Tires closed permanently at Disney California Adventure to make room for a new experience which would be announced later in the year.

It was announced that Mad T Party would be returning to Disney California Adventure for the Diamond Anniversary celebration, replacing the “Freeze the Night” “Frozen”-themed dance party.

Neil Patrick Harris was revealed as the host of World of Color: Celebrate!

Imagineer Tony Baxter presented a fascinating passholder-exclusive history of the Indiana Jones Adventure: Temple of the Forbidden Eye for the ride’s 20th anniversary.

The design for California Adventure’s transformation of Condor Flats to Grizzly Peak Airfield was unveiled.

Innoventions closed at the end of the month, with rumors of either a Marvel or Star Wars replacement. Little did we know that it would be both!

A preview of Brad Bird’s movie “Tomorrowland” opened in the Tomorrowland Theater.

It was announced that the Matterhorn Bobsleds and Peter Pan’s Flight would both receive upgrades to their special effects for the park’s 60th anniversary.

The much-anticipated return of the Hatbox Ghost was officially confirmed for the Haunted Mansion.

The Anaheim Convention Center across the street from Disneyland Resort hosted Star Wars Celebration and gave fans a much bigger taste of what was to come in “The Force Awakens.”

The Hatbox Ghost finally materialized in the Haunted Mansion for the first time in over 45 years.

George Clooney and rest of the cast and crew of “Tomorrowland” took over the Monorail and the rest of park for the film’s blue-carpet premiere. “Disneyland: The Exhibit” was announced for the upcoming D23 Expo.

We got our first glimpses of the “Frozen” float for the Paint the Night Parade and the new animatronic Abominable Snowman for the Matterhorn Bobselds.

World of Color: Celebrate debuted at Disney California Adventure to widespread acclaim and ITM founder Ricky Brigante spoke with its creators in two separate interviews to mark the occasion.

The Matterhorn Bobsleds finally reopened with its new effects and animatronics.

The Disneyland Forever fireworks display and Paint the Night parade finally made their debuts at the park after much hoopla, and neither show disappointed. Ricky Brigante spoke to David from the Disneyland creative team about the new entertainment offerings at the park.

The Cinderella Enchanted Window was unveiled on Main Street.

A new Inside Out pre-parade was announced for Disney California Adventure, and we were later able to take a look at it.

A Bug’s Life Theater in Disney California Adventure hosted a preview of Marvel’s Ant-Man. Ant-Man himself, Paul Rudd, even showed up to surprise guests.

Disney permanently banned selfie sticks in all of its parks worldwide after an incident on California Screamin’.

Disneyland celebrated its 60th anniversary date on July 17th with special characters and entertainment, including a new routines by the Dapper Dans and the Disneyland Band.

The dates were announced for the 2015 edition of Mickey’s Halloween Party.

It was announced that Luigi’s Rollickin’ Roadsters would be replacing Luigi’s Flying Tires in Cars Land.

A panel of Disney Imagineers discussed the rebirth of the Hatbox Ghost at ScareLA.

Disney bought new land near the Disneyland Resort, sparking many rumors of big changes to come.

D23 Expo 2015 launched at the Anaheim Convention Center with Disneyland: The Exhibit.

Star Wars Land was announced at D23 Expo for Disney parks on both coasts, along with Disneyland’s Season of the Force Star Wars event.

Soarin’ Around the World was also officially announced at the D23 Expo for Disney California Adventure.

The Enchanted Window display featuring “The Princess and the Frog” was unveiled on Main Street.

Halloween decorations began to appear at the parks.

The “Force Friday” Star Wars merchandising event was announced for the parks on both coasts.

It was announced that a new “Frozen” theatrical production would replace the Aladdin show at Disney California Adventure.

We learned that Disneyland’s Star Wars expansion would break ground in 2016.

We discovered more details about the 2015 Halloween Time (including Haunted Mansion Holiday, its gingerbread house, and tasty treats from around the resort) and after that, the Christmas holidays at Disneyland.

We learned that Star Wars Launch Bay would open in November with Season of the Force, and which attractions would close to accommodate the construction of the permanent Star Wars area.

It was announced that Disneyland’s Diamond Celebration would end in September 2016.

The annual Dapper Day celebration brought lots of well-dressed folks to the parks.

Trader Sam’s announced its MahaloWeen party, and we learned about Thanksgiving dining opportunities at the Disneyland Resort.

“The Good Dinosaur” sneak peek was announced for parks on both coasts, and then opened later in the month.

Prices for Annual Passports were increased again, as one tier was eliminated completely.

A five-foot-tall marshmallow “Tree-t” cake was unveiled in the Grand Californian lobby.

We took a closer look at the Halloween decorations around Disneyland.

It was announced that Spider-Man would make his debut at Disneyland with Super Hero HQ.

We got our first peek at the construction of Star Wars Launch Bay.

We met with Jack and Sally and got a closer look at some of Disneyland’s Halloween goodies.

The Descendants fan event at Downtown Disney brought out the cast of the hit TV movie to interact and sing along with fans.

We took a wonderful tour of the Carthay Circle Restaurant at Disney California Adventure.

Downtown Disney hosted the premiere of the final trailer for “Star Wars: The Force Awakens.”

A Bug’s Land in Disney California Adventure became the first area at the resort to put up Christmas decorations for the year.

A second show of the “Disneyland Forever” fireworks was announced for nights during Thanksgiving week.

The “Collecting Disneyland” auction and exhibit allowed fans the chance to own a part of theme park history.

The Cadaver Dans ushered in Halloween with a performance of “Grim Grinning Ghosts”.

Christmas decorations began to go up all over the resort: in Downtown Disney, Main Street USA, New Orleans Square, Buena Vista Street, Cars Land, and Big Thunder Ranch, and we took at look at some special holiday treats and desserts available around the park.

A Ghirardelli pop-up shop opened for the holidays in Downtown Disney.

The Enchanted Window featuring “Frozen” was unveiled on Main Street.

We took a 60th-anniversary tour of the Disneyland Resort hotels.

Signage and banners began to go up for Season of the Force, and we eventually got to take a closer look at the event, its rides like Hyperspace Mountain and Star Tours, Stormtrooper characters patrolling Tomorrowland, and the merchandise available at the event. It’s a Small World Holiday made its usual return to Disneyland, with a grand lighting ceremony to kick off the season, and the always-terrific projection show on its exterior.

Super Hero HQ also debuted in Tomorrowland, and brought with it a brand-new Spider-Man meet-and-greet area.

Two new dining packages were announced for reserved viewing of the Paint the Night parade, for which reservations are now open.

Olaf’s Snow Fest returned to give guests a chance to visit a snowy, “Frozen”-inspired Arendelle.

The Christmas Fantasy Parade made its triumphant return to Disneyland.

We took a holiday boat ride on the Jingle Cruise with all-new scenes and jokes.

We paid a visit to Santa Claus in his brand-new meet-and-greet area in Critter Country.

Mickey Mouse and friends greeted us in holiday garb at their meet-and-greet areas on Main Street, and we took a front-car holiday tour of the resort on the world-famous Monorail.

The newly-overhauled Jedi Training: Trials of the Temple opened in Tomorrowland for Season of the Force.

Disneyland Resort began implementing metal detectors at its entrances in the interest of better security.

Cove Bar re-opened with a newly-expanded outdoor area to the delight of guests at Disney California Adventure.

We talked about how best to spend New Year’s Eve in the parks.

We took an in-depth look at how the upcoming Star Wars Land construction will affect rides and attractions at the park starting in January.

We hope you enjoyed 2015 and we look forward to having an even more exciting and fun-filled 2016!