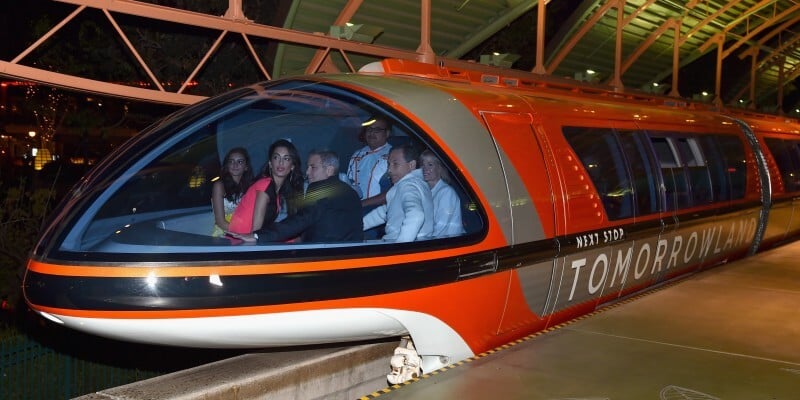 Yesterday, May 9th, we saw the big star studded premiere for Disney’s newest movie ‘Tomorrowland’. With movie having the name of one of the most popular lands inside the Disneyland theme park it wasn’t a surprise that the movie’s premiere was hosted at the Disneyland Resort. For the premiere a blue carpet was laid out at Downtown Disney’s movie theater and famous stars like George Clooney, Britt Robertson, Tim McGraw and Disney’s own Bob Iger arrived. The after party was later hosted at a closed down Tomorrowland in Disneyland were the stars could enjoy some of the rides without any wait. The after party in Tomorrowland featured a ride on the newly wrapped monorail.