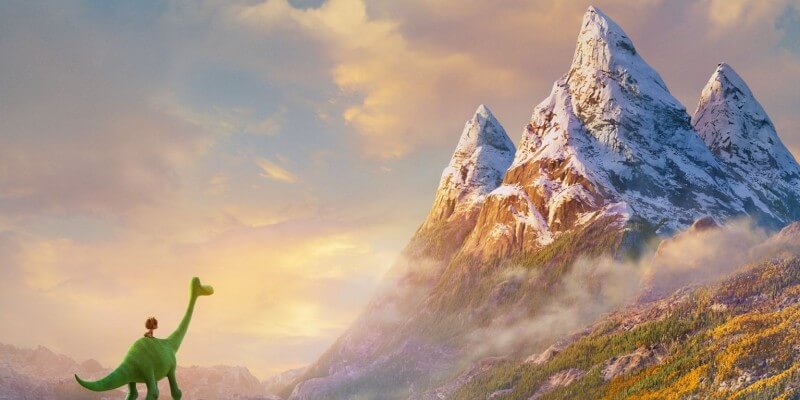 In the upcoming Pixar movie we will all get the answer to what would have happened if the asteroid, that made all the dinosaurs vanish, never hit earth? The Good Dinosaur is all about the friendship between a young dinosaur named Arlo and his little human companion Spot.

This epic adventure wont be in theaters until November 25th but already on October 16th you will now get the chance to see a sneak peek from the movie at both Disney’s Hollywood Studios at Walt Disney World and Disney’s California Adventure at Disneyland Resort.

At Disney California Adventure park, “The Good Dinosaur” preview will be presented at the Bug’s Life Theater with special in-theater effects.

For guests visiting Disney’s Hollywood Studios they can view this advance look at clips from the film, as part of the One Man’s Dream attraction on Mickey Avenue. Disney has confirmed that the Walt Disney movie will be returning on Dec 5th and last day to view The Good Dinosaur sneak peek will be Dec 4th.