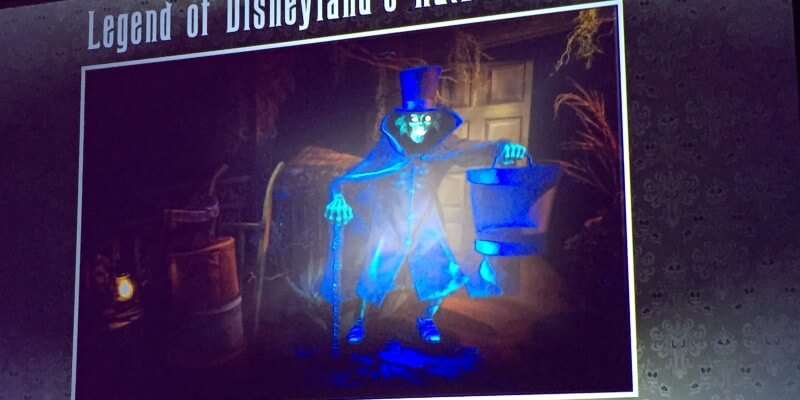 Over the weekend, Disney Legend Tony Baxter along with Walt Disney Imagineer Daniel Joseph and artists Kevin Kidney and Jody Daily entertained fans at the ScareLA 2015 convention with talk of The Haunted Mansion’s most infamous resident, the Hatbox Ghost.

Baxter recounted memories of the original Hatbox Ghost from 1969 while Joseph oversaw development of the new Hatbox Ghost for the park’s 60th anniversary. Kevin and Jody also created a full-sized Hatbox Ghost that was auctioned off at the D23 Expo and ended up in the hands of Guillermo del Toro.

Watch the full presentation below: Comments Off on VIDEO: Legends of Disneyland’s Hatbox Ghost revealed at ScareLA 2015 panel with Disney Imagineers