Each costume and float shines in rainbows of colors, changing in sync with each other and to the beat of the toe-tapping score. Though the new parade features nods to its classic predecessor, Paint the Night stands on its own as a high-tech version that retains all the character Disney is known for.

Watch a full video of the Paint the Night parade debut below:

Covering classic and contemporary Disney films, Paint the Night features fun new representations of many favorite franchises. Tangled, Cars, and Frozen are among the most recent while The Little Mermaid, Cinderella, Toy Story, and Monsters Inc are equally prominent. Each float that passes by has inventive new ways of featuring colorful displays, many of which are hypnotizing in their unique motions. Among the most amazing are the Mack truck’s 3D array of lights, Sorcerer Mickey’s colorful spinning sculpture, and Tinker Bell seemingly floating through the sky.

Paint the Night brings a familiar Disney feel but with many contemporary twists. It’s easily the most eye-catching nighttime parade around with enough surprising and impressive effects to require multiple viewings to fully appreciate. In short, it’s simply fun and won’t disappoint any guest as one of two incredible new nighttime entertainment options to round out a day at the park. 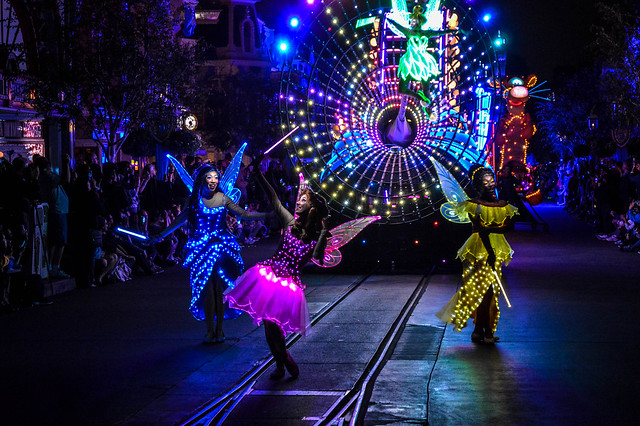 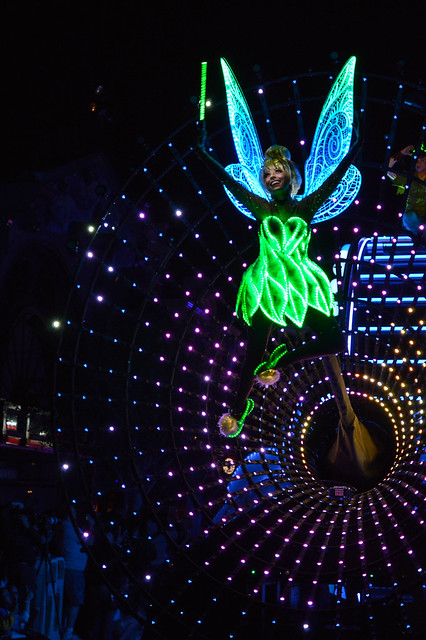 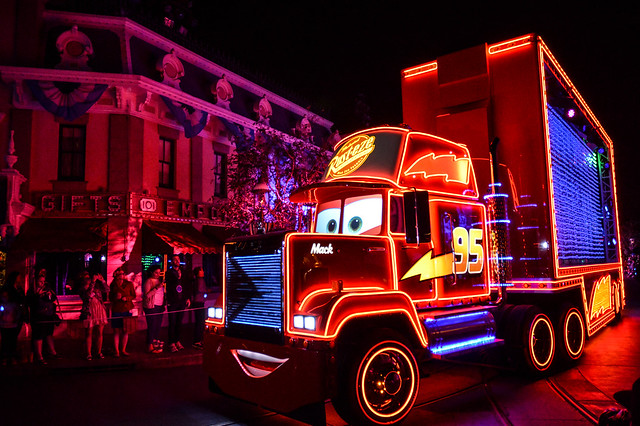 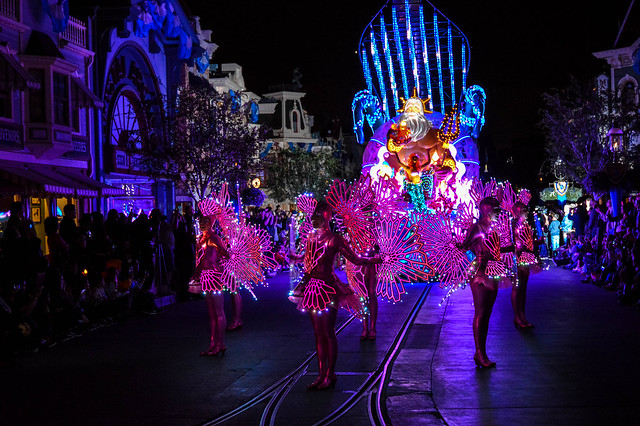 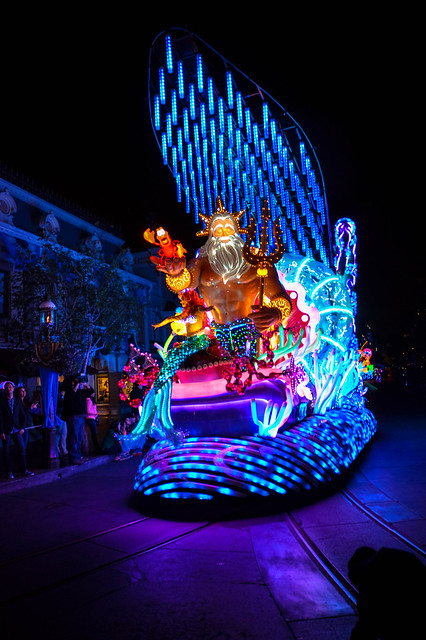 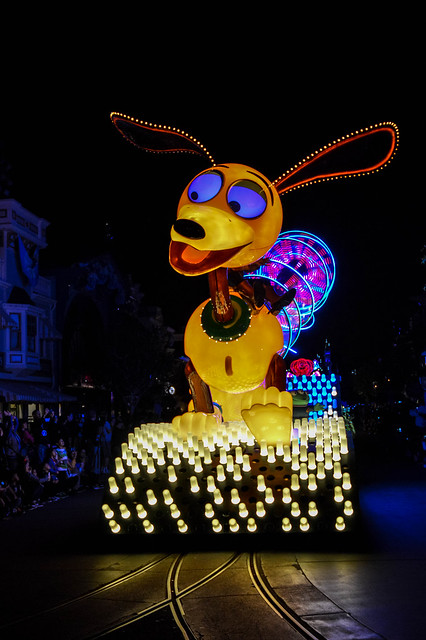 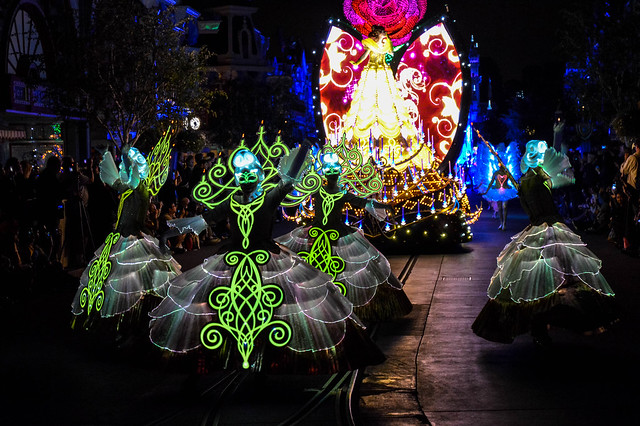 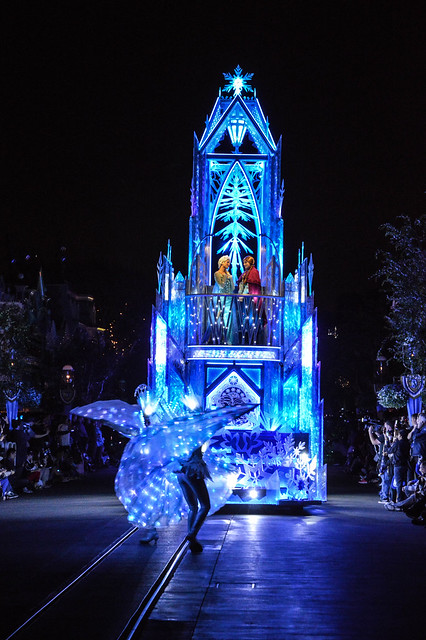 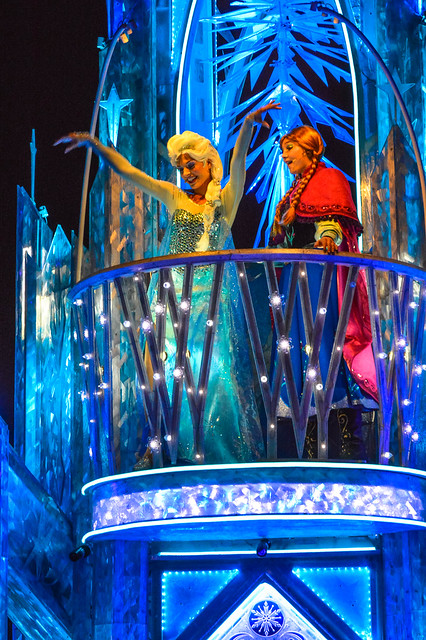 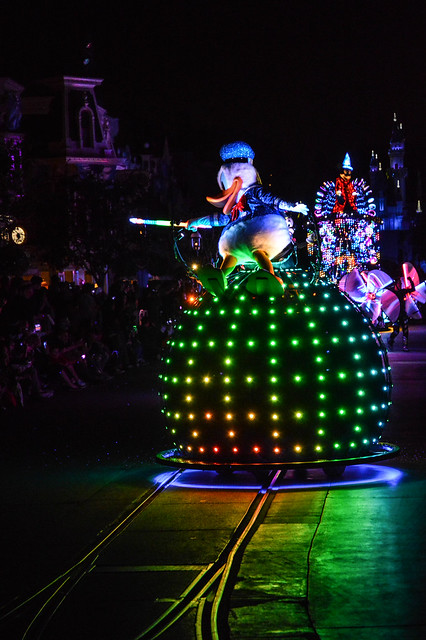 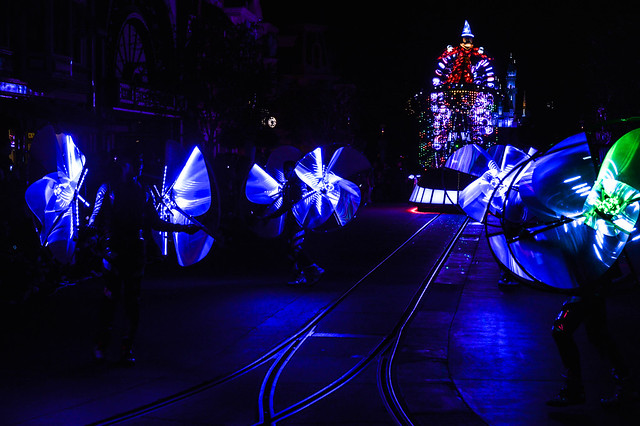 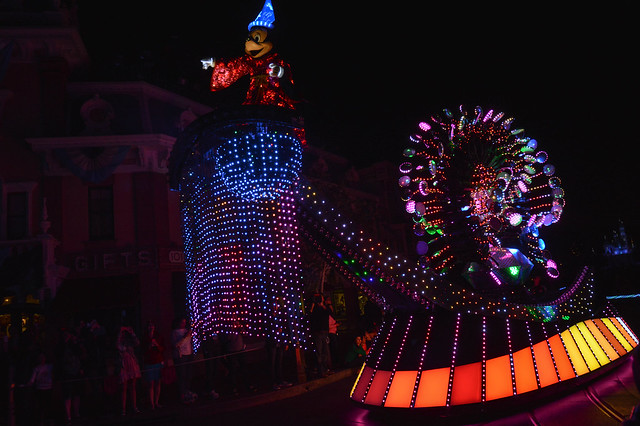