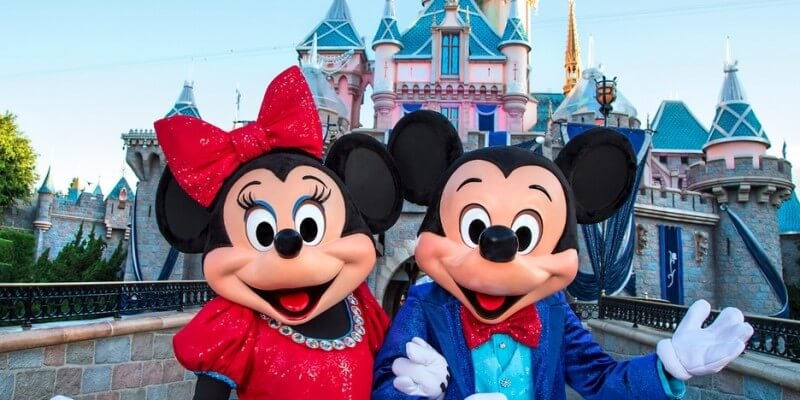 Today marks Disneyland’s 60th anniversary and from the moment the gates opened early this morning, it was clear fans were very excited to be there for the milestone birthday.

At 6:30am, the size of the crowd waiting outside was huge: Everyone entering received some swag, including a special map, newspaper, and button: Inside, characters donned special costumes for the Diamond Celebration, including Mickey, Minnie, Goofy, Donald, and more:

When the rope dropped, the massive crowd made their way down Main Street USA after a special announcement:

Over at Disney California Adventure, the Mad T Party put on a special performance:

A rededication ceremony also took place with a song performed by Richard Sherman on piano:

(Thanks to Steve Fox and Danielle Ernest for the updates.)