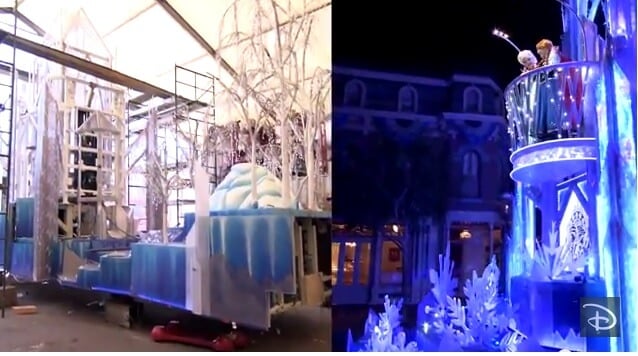 The new “Paint the night” parade will have its grand debut May 22nd to celebrate Disneyland’s 60th birthday. The parade will feature floats from classic movies like Beauty and the Beast, Toy Story and Cars. One of the most anticipated floats, though, is the Frozen float, which will be the tallest float in the parade. Get your first look at it in the video below and for more details visit the Disney Parks Blog Comments Off on VIDEO: First look at the Frozen float for the new “Paint the Night” parade at Disneyland