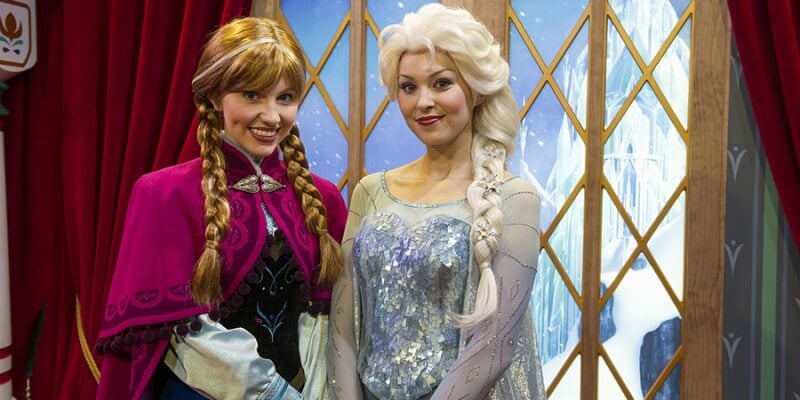 Time to say good bye to the lovable “Disney’s Aladdin – A Musical Spectacular” show at the Hyperion Theater at Disney’s California Adventure. Disney announced today that a all new “Frozen” theatrical production will take its place in Summer 2016. This new show will immerse you in the world of “Frozen” as never before, with elaborate costumes and sets, stunning special effects and surprising scenic transformations.

“Our stage production of ‘Frozen’ will stay true to the heart and soul of the film,” says Dana Harrel, Portfolio Creative Entertainment Executive, Walt Disney Imagineering. “Anna and Elsa will carry the audience on an emotional journey that includes show-stopping production numbers and a few unique theatrical twists. We can’t wait for everyone to see it!”

The last performance of the Aladdin show will be January 10, 2016