Haunted Mansion fans are rejoicing today as Disneyland officially announces and confirms the long-awaited return of the infamous Hatbox Ghost.

The mysterious missing figure from the Mansion is coming back to the classic dark ride in May, gone for decades after being pulled from the attraction within a mere few days of its original opening in 1969. The Hatbox Ghost’s lore has lived in through many pieces of merchandise through the years and now, beginning next month, it will once again live inside the ride.

Disney has only shared a single piece of artwork, the familiar silhouette of the figure: 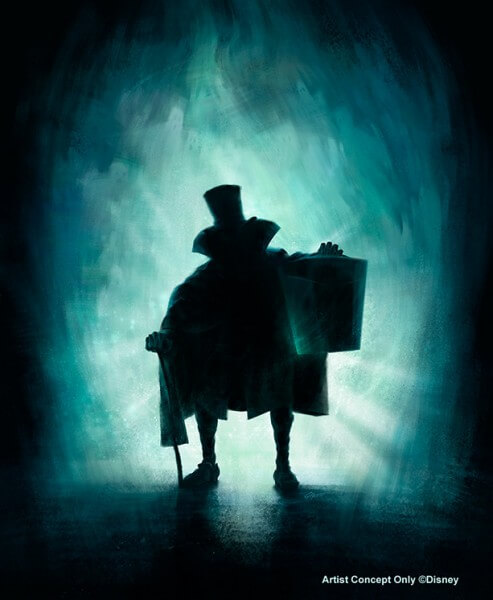 Back at the 2013 D23 Expo, Walt Disney Imagineering showed off a Hatbox Ghost-like animatronic figure, making fans even more eager to see the character’s return:

This particular animatronic isn’t the version that will soon show up in the Mansion, but a demonstration from two years ago. Now Haunted Mansion fans will finally get their wish come May.