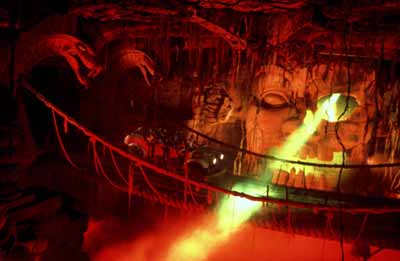 This week in honor of the 20th anniversary of the Indiana Jones Adventure ride, Disneyland hosted special events for Annual Passholders that included a discussion of the ride’s creation and history.

Moderated by Tim O’Day, the discussions included one very special guest, Disney Legend and longtime Imagineer Tony Baxter who was instrumental in the ride’s creation. Baxter discussed how they developed the concept for the ride based on the Indiana Jones movies, building models for it, and much more.

Watch the full presentation below, courtesy of ITM fan Tracey: