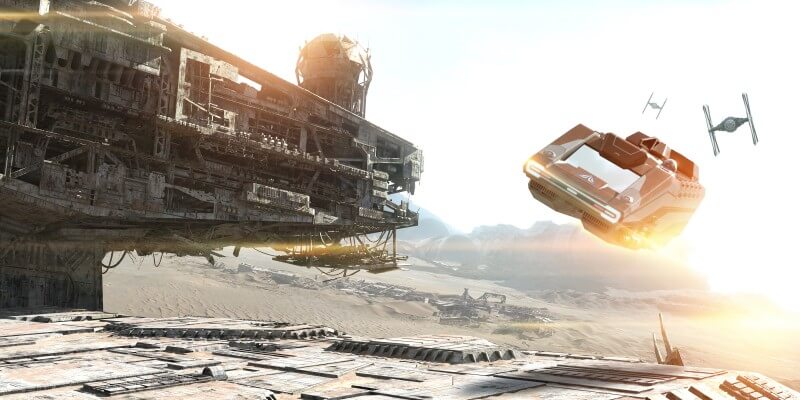 When Star Tours was relaunched in 2011 as Star Tours: The Adventures Continue, it was designed to be modular: new parts of the randomized multi-path story can be added in whenever inspiration strikes. Such is the case with the new scene referencing events on the planet Jakku straight out of “Star Wars: The Force Awakens,” which is set to hit theaters in exactly one month.

The scene, which debuted this week with the Season of the Force event at Disneyland, takes riders on a whirlwind tour of the Jakku desert (with the help of John Boyega’s character, Finn, flying in the Millennium Falcon) and culminates with a crash landing inside a derelict Star Destroyer. The Starspeeder then receives a transmission from everyone’s new favorite spherical droid, BB-8.

At the Season of the Force preview event, we were fortunate enough to speak briefly with Kathy Rogers, one of the incomparably talented Disney Imagineers who worked on developing the new addition to Star Tours.

So even if you’ve exhausted every possibility and combination of sequences riding Star Tours: The Adventures Continue, you’ll have a brand-new scene to experience the next time you visit Disneyland.

Comments Off on VIDEO: Star Tours adds new characters, planet Jakku from “Star Wars: The Force Awakens” for Season of the Force