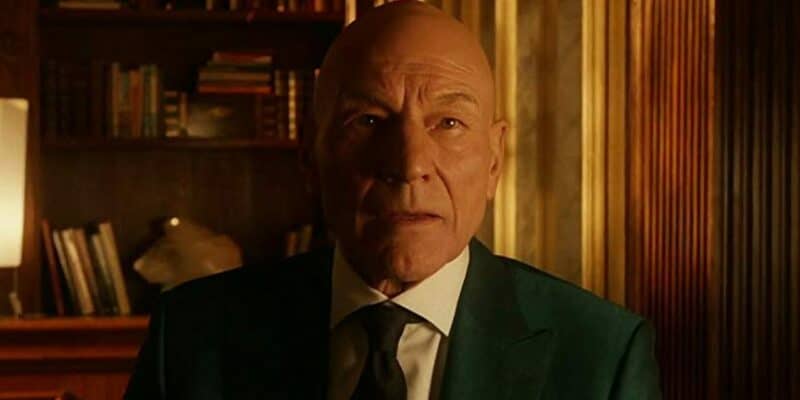 Patrick Stewart may not be playing Charles Xavier/Professor X after all in Doctor Strange in the Multiverse of Madness (2022).

Related: ‘Doctor Strange’ Is “Shaping Up to Be A Mess,” Cumberbatch Drops Depressing Update

There are also reports that the movie will include several cameos from previous Marvel movies such as Ben Affleck’s Daredevil and Ryan Reynolds’ Deadpool. After seeing Patrick Stewart in the trailer, fans believe that the X-Men‘s debut in the MCU will be in the Doctor Strange sequel.  Co-producer, Richie Palmer warns fans that this might not be the case during her interview with Empire Magazine:

“I’ll quote the first ‘X-Men’ movie and say, ‘Are you sure you saw what you saw?’ There are infinite versions of these characters, and just because you may have heard something familiar doesn’t mean it’s someone you have seen before.”

Palmer brings up a good point as Patrick Stewart could be playing a trick on fans in the trailer. This wouldn’t be the first time as fans were tricked in WandaVision as Evan Peters pretended to be Elizabeth Olsen’s dead brother, Pietro Maximoff. Peters played Quicksilver from the X-Men universe so fans thought that Peters was going to be the first character from Fox to appear in the MCU. It was later revealed that Agatha Harkness (Kathryn Hahn) had tricked Wanda and that Peters’ character was just a random guy from Westview.

Marvel fans will also get some more examples of actors playing two different characters in the Marvel Universe as Russel Crowe will play Zeus in Thor: Love and Thunder (2022) and have a role in Kraven the Hunter (2023). Speaking of Pietro, Aaron Taylor Johnson who played the speedster in Avengers: Age of Ultron (2015) will be starring as Kraven in his own solo movie with Sony Pictures.

As Palmer pointed out, the Multiverse offers a lot of different possibilities for characters which means other actors can portray the same person. This is why No Way Home brought all of the Spider-Man actors together, but it also means that an actor can play several different roles in the Marvel Cinematic Universe.

While Palmer may be trying to get fans to believe Stewart won’t be playing Charles Xavier in the movie, it’s likely the actor will still be playing the fan-favorite character. Marvel should know that fans want to see the older X-Men cast make a cameo in the movie. Marvel will definitely receive some backlash if Stewart ends up playing a random person in the movie as fans don’t want a repeat with Peter’s Quicksilver.

Do you think Patrick Stewart will play someone else in Doctor Strange 2? Let us know what you think in the comments section below!