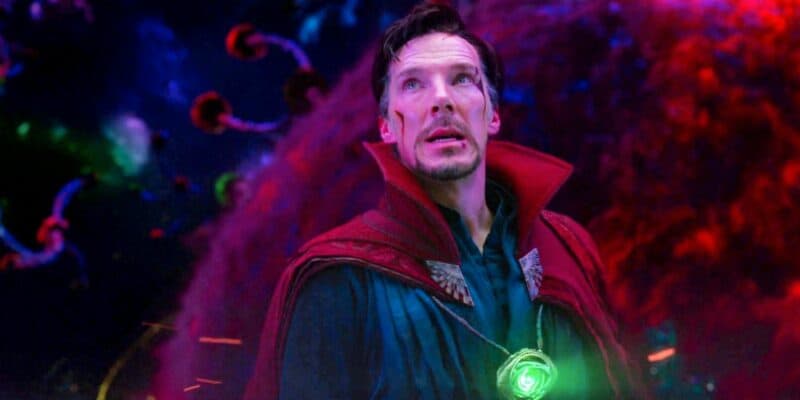 As the Marvel fandom heats up with anticipation of the next Marvel Cinematic Universe blockbuster, Doctor Strange in the Multiverse of Madness (2022), another Doctor Strange tale is quietly unfolding in the pages of comic books.

While Benedict Cumberbatch’s Strange is still alive and well — as much as he can be after taking on the Multiverse in Spider-Man: No Way Home (2021) –, Marvel Comics’ “THE DEATH OF DOCTOR STRANGE” did what it set out to achieve: kill the Sorcerer Supreme.

But, spare the tissues for now as a new magical being has taken over the responsibility of the Sanctum Sanctorum, becoming Earth’s next Sorcerer Supreme — or should it be Sorceress.

In an upcoming series from writer Jed McKay and artist Marcelo Ferreira, “STRANGE” will follow the adventures of Dr. Stephen Strange’s replacement. The official synopsis of the new Doctor Strange run, “STRANGE”, is as follows:

A NEW SORCERER SUPREME RISES! Doctor Strange is dead! And a new Sorcerer Supreme has taken the title, or should we say Sorceress? Haunted by her recently returned memories, Clea longs to bring Stephen Strange back from the dead! But when a mysterious group attacks the magical realm, Clea must rise to the duties of Sorcerer Supreme. For she is now the sole protector of Earth against magical threats. Don’t miss the twists and turns as Jed MacKay continues the story from DEATH OF DOCTOR STRANGE with artist Marcelo Ferreira (THE AMAZING SPIDER-MAN)!

Clea is not a newcomer to the Marvel Universe. The character first appeared in “Strange Tales #126” in 1964, created by Marvel icons, Stan Lee and Steve Ditko. Half-Faltine, Clea is the daughter of Umar and thus the maternal niece of Doctor Strange’s long-time adversary, the “Dark Dimension’s” Dormammu. The evil entity, of course, appeared in director Scott Derrickson’s Doctor Strange (2016) within Kevin Feige’s MCU.

Now, in a recent preview, the new Sorcerer Supreme comes face to face with Victor Von Doom after the latter seeks out Clea to claim the title and magical relics — the Eye of Agamotto and the Cloak of Levitation — for his own. But, as the widowed Sorcerer reminds Doom: “There is still a Strange on Bleeker Street, and that Strange is still Sorcerer Supreme.”

McKay and Ferreira’s “STRANGE” looks set to explore this fiery new Sorcerer Supreme in interesting ways, all the while providing fans with action-packed sequences and the return of some iconic characters from the Marvel Comics mythos. For the full preview, fans can head to AIPT Comics.

As for the live-action Marvel Universe, May 6, 2022, will see the debut of Benedict Cumberbatch’s highly-anticipated sequel, Doctor Strange in the Multiverse of Madness. The sequel looks set to address the Multiversal fallout from the events of Spider-Man: No Way Home, with Elizabeth Olsen’s Wanda Maximoff/Scarlet Witch also joining the “scariest” Marvel film.

Finally, after denying his involvement, Professor X star Patrick Stewart, has confirmed he will appear in Multiverse of Madness. Illuminati, anyone?

Do you think Clea should eventually appear in the live-action MCU? Let us know in the comments down below!