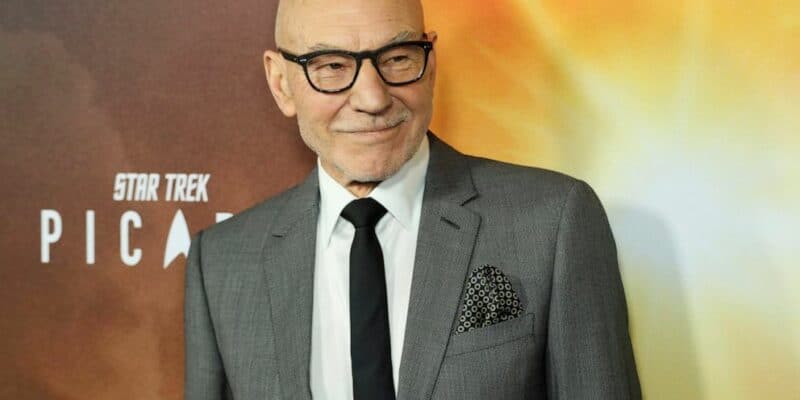 Patrick Stewart believes somebody could have impersonated the actor in the trailer for Doctor Strange in the Multiverse of Madness (2022).

The new Doctor Strange sequel has many fans excited as halfway through the trailer Benedict Cumberbatch‘s Stephen Strange/Doctor Strange is escorted by Ultron-like robots to a room where we hear the line from Patrick Stewart saying, “We should tell him the truth.”

Related: Much Like Maguire & Garfield, Ryan Reynolds Denies Being In ‘Doctor Strange 2’

If Sir Patrick Stewart is reprising his role as leader of the X-Men, Charles Xavier/Professor X, it would make sense as the X-Men are known to enter the MCU soon. Doctor Strange 2 is reported to include the Illuminati, a secret society focused on saving the world from the shadows. In the comics, Xavier was one of the prominent members, followed by Reed Richards from the Fantastic Four who is also reported to appear.

In an interview, Stewart noted the fact that anyone could have impersonated him in the trailer:

You know, people have been imitating my voice ever since I came on the stage 60 years ago. So, I can’t be held responsible for that.

Most MCU actors usually deny the rumors — like Ryan Reynolds and Andrew Garfield — and so it is intriguing that Stewart claims that anyone could have impersonated him. It is true that Marvel could have easily used some of Stewart’s lines from previous X-Men films for the one line said in the trailer, but that would be more work than necessary. If Charles Xavier was in the film and Stewart wasn’t involved, that would mean that the VFX team has spent hours creating a CGI replica of Professor X which would be very expensive and challenging.

It just makes sense that Stewart will be reprising the role as it would be the easiest alternative for Marvel. With the trailer teasing Professor X, it must mean that the character will have a bigger role in the film leaving the number of scenes to be more substantial than a simple cameo. For Marvel to tease a small cameo doesn’t make sense to build unnecessary hype when fans have heard reports of several characters appearing in the sequel already.

Patrick Stewart shared in another interview how he learned of his appearance in the trailer during the Super Bowl LVI:

I don’t look at a lot of social media, and that is mostly a time issue. But I must say, before bedtime on Sunday evening, I’d had plenty of communications from friends and some people I hardly knew at all, making reference to, ‘Ah, is that you? Is that you? Well, of course, you know, I was just at home, waiting to watch football. So, how could it possibly have been me? So, we’ll have to wait and see, won’t we?

Stewart seems to be playing coy with his responses as he doesn’t want to confirm nor deny his role in the movie. After dealing with months of denial from Andrew Garfield and Charlie Cox, fans are more hesitant to trust the word from a Marvel actor knowing that they could be lying. Stewart seems to have decided not to outright deny his role, but most likely won’t admit his involvement until after the film releases.

Will Patrick Stewart be in Doctor Strange 2? Let us know your thoughts in the comment section below!