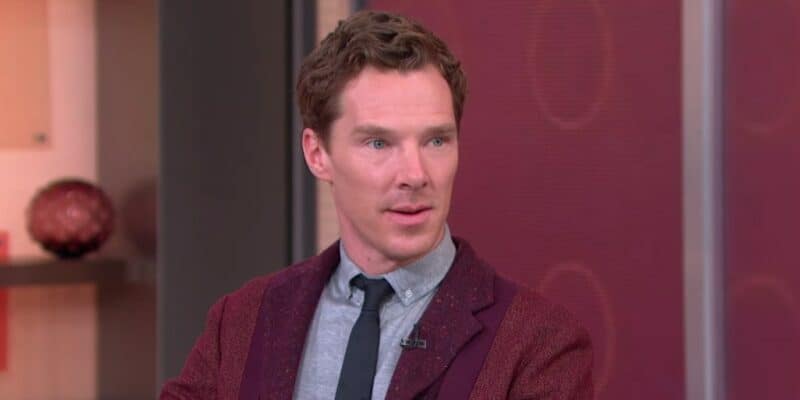 A month before Jon Watts’ Spider-Man: No Way Home (2021) debuted exclusively in movie theaters and shattered records across the globe, one actor starred in another celebrated movie, The Power of the Dog (2021) on Netflix. And now, Spider-Man star Tom Holland has blasted Benedict Cumberbatch’s turn as the villain, Phil Burbank, even going as far to say “I really hated you”.

Let’s take a look at what went down between the two Marvel megastars.

Both Holland and Cumberbatch are no strangers to the world of blockbuster movies. They both arrived in Kevin Feige’s Marvel Cinematic Universe in the same year with Holland’s Peter Parker/Spider-Man debut happening in Captain America: Civil War (2016) and Cumberbatch headlining his own movie as the future Sorcerer Supreme in Scott Derrickson’s Doctor Strange (2016). Since then, the two fan-favorite actors have gone on to appear in multiple MCU films including the Infinity Saga conclusion, Avengers: Infinity War (2018) and Avengers: Endgame (2019), and more recently, the record-breaking, box office breaking, Spider-Man: No Way Home.

Cumberbatch is no stranger to the limelight having acted in many prolific television shows and movies over the years. The actor is once again gaining Oscar buzz for his role in Jane Campion’s The Power of the Dog which was released on Netflix in November last year. The Sherlock star plays Phil Burbank in the Western psychological thriller which is based on Thomas Savage’s 1967 book of the same name. Joining Cumberbatch in Campion’s movie is Kirsten Dunst (Rose Gordon), Jesse Plemons (George Burbank), Kodi Smit-McPhee (Peter Gordon), and Thomasin McKenzie (Lola). In fact, Cumberbatch was so into his role in the movie that he refused to talk with Marvel alum, Dunst on the Netflix set.

Cumberbatch’s hostile character has also drawn a response from his No Way Home co-star, Tom Holland, with the latter revealing how he “really hated” the Doctor Strange actor. Speaking in conversation with Cumberbatch, Holland said (via The Hollywood Reporter):

“Congratulations pal, the movie is breathtaking […] It’s incredible. The film is so shocking and it’s so gut-wrenching and the intricacies of your character — I’ve never seen a character arc quite like it.”

Holland went on to say that he was in a “privileged standpoint” because he’s friends with Cumberbatch and knows the actor well. He said:

“When I meet you in the beginning of the film, I’m like, ‘Whoa, that’s not the Benedict that I know. What on earth is going on here?’ For the first time in knowing you, I really, like, hated you. I thought you were horrible and so, just, grotesque and awful. As the film progresses, what I loved about it was that it has these themes of toxic masculinity and gaslighting but it explores the problem rather than the problem just being present. Not that his actions are justified in any way, but you understand why he is the way he is.”

Related: Tom Holland Speaks Out, Has Words For His Spider-Man Replacement

Cumberbatch reacted to Holland’s comments, saying other viewers have had similar feelings towards his take on Phil Burbank:

“His behavior, like you said, is repugnant. I’ve had some reactions, of people saying, ‘I can’t watch all of your film. You’re so awful,’” he explained. “I then get the reaction of people that they go back to it, maybe a second time through, or even like you, start off in this position of being repelled and then lean in and see him as what he is really, which is a tragic figure.”

The Power of the Dog is currently drawing a lot of award season buzz with Jane Campion’s directing heading towards a record-breaking Academy Award win. At the 2022 Golden Globe Awards, The Power of the Dog won for Best Director (Campion), Best Supporting Actor (Kodi Smit-McPhee), and for Best Motion Picture — Drama.

For Spider-Man: No Way Home, Holland, and Cumberbatch reprise their MCU roles and are joined by the likes of Zendaya (MJ), Jacob Batalon (Ned Leeds), Marisa Tomei (May Parker), and Jon Favreau (Happy Hogan). Not to forget the big draw of the Spidey threequel — the villains from Sony and beyond. Willem Dafoe (Norman Osborn/Green Goblin), Jamie Foxx (Maxwell Dillon/Electro), and Alfred Molina (Otto Octavius/Doctor Octopus) were among the Multiversal bad guys that entered the MCU for the first time. It’s clear that Cumberbatch’s turn in Spider-Man: No Way Home has ignited even more excitement for his own sequel, Doctor Strange in the Multiverse of Madness (2022).

Have you seen The Power of the Dog? What did you think? Let us know in the comments down below!