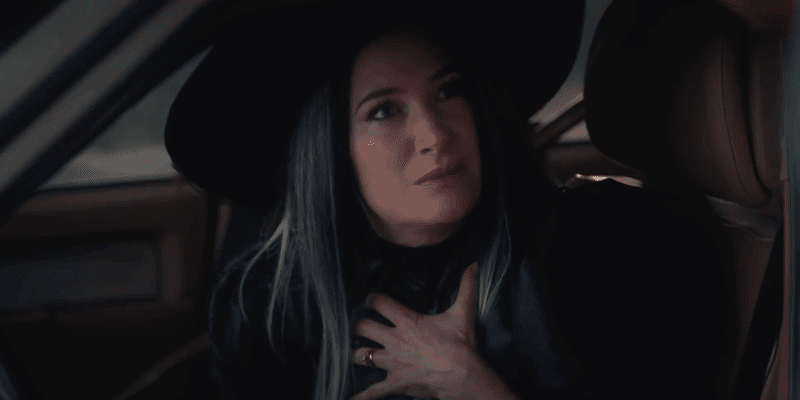 After a full year of Marvel shows, it’s hard to remember that WandaVision was released on Disney+ over a year ago. WandaVision kicked off 2021 with fans getting to see what happened to Elizabeth Olsen’s Wanda Maximoff after the events of Avengers: Endgame (2019). As the episodes jumped through different decades of sitcoms, fans began to learn what was really happening in Westview.

Despite being a story about grief, WandaVision did receive an Emmy for the catchy tune, “Agatha All Along” which revealed that Wanda’s neighbor was none other than Agatha Harkness, a fan favorite witch from the comics. This revelation led to Agatha taking Wanda’s children and a final battle between the two. In the final battle, Wanda becomes the Scarlet Witch and defeats Agatha.

Marvel’s WandaVision: The Art of the Series is available this month and the art reveals a different look at the character. In the show, Agatha sports a purple and blue outfit, but the concept art of the character shows that Marvel had very different ideas for what Agatha would look like.

Marvel was definitely going for a more tropical attire for the witch with the first costume. Agatha wears a green and yellow cloak with a white tropical shirt and a blue bead necklace.
The second costume is even more bizarre as Agatha wears baggy pants, a vibrant jacket with fur on one side, and a ring on every finger.
The third costume has Agatha in a leather jacket and wearing ripped jeans, with a colorful top.
The last costume shows Agatha in another leather jacket and she is wearing a brown shaggy dress. She also has a strange hairstyle with this look.
After looking at all the costumes, it seems Marvel was willing to have the character’s appearance be very different from the source material. In the comics, Agatha simply wears a purple or red dress with a cloak draped over her. With WandaVision exploring the different decades, it seems that Marvel considered having Agatha’s wardrobe reflect the different eras of fashion she spent lurking in the shadows.

Fans know that Agatha’s story isn’t over as the character will appear again as the witch will be receiving her own spin-off show, Agatha Harkness: House of Darkness. It’s possible that some of these designs could appear in the upcoming show which would be fun seeing Hahn in all the different costumes. Since Agatha’s show is still in early development, fans can look forward to seeing Wanda’s story continue in Doctor Strange in the Multiverse of Madness (2022) as Wanda will play a large role in the film.

Here’s a description of the fan-favorite MCU show:

Marvel Studios’ WandaVision blends the style of classic sitcoms with the Marvel Cinematic Universe in which Wanda Maximoff and Vision – two super-powered beings living their ideal suburban life – begin to suspect that everything is not as it seems.