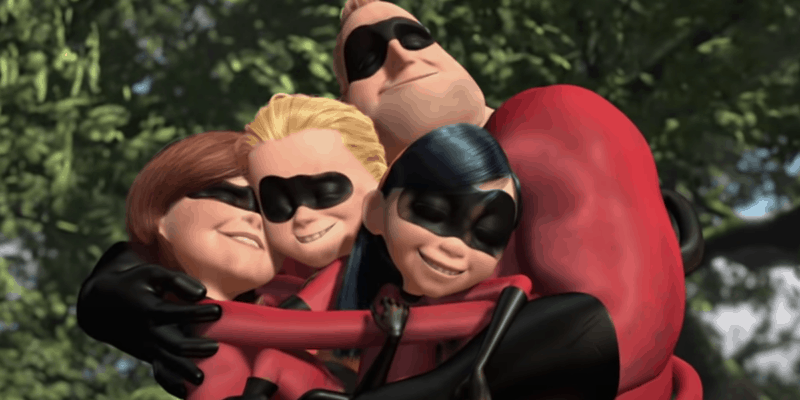 Andy Park, a veteran Marvel Studios visual artist, has shared amazing original WandaVision concept art that he says was directly inspired by an iconic scene from Pixar’s The Incredibles (2004).

Andy Park is the Director of Visual Development for Marvel Studios, and he’s worked on some big name productions in the Marvel Cinematic Universe — like Black Widow (2021), Shang-Chi and the Legend of the Ten Rings (2021), Disney+ series WandaVision, Thor: Love and Thunder (2022), The Marvels (2022), and Ant-Man and the Wasp: Quantumania (2023).

Turns out the fans were right on the money, as Park confirmed he drew on the climactic battle that saw Mr. Incredible, Elasti-Girl, Violet, and Dash — sans the absent Jack-Jack — teaming up to take down Syndrome’s henchmen.

Park shared a video of a keyframe for the WandaVision episode, explaining,

“Yes I ABSOLUTELY was channeling @pixar The Incredibles (one of my favs) when I was designing & painting this keyframe illustration for WANDAVISION during preproduction in 2019! This is their team hero family moment like in The Avengers (& The Incredibles 👍)”

Marvel Studios storyboard artist Jeremy Simser responded to Park’s post with an image of his own WandaVision art from episode 9, featuring Vision, Wanda, Billy, and Tommy ready to throw down with Agatha Harkness (Kathryn Hahn), White Vision (Paul Bettany), and an entire miltary unit. Simser shared his version of the “Incredibles” shot that he worked up for the storyboards of the WandaVision finale, saying,

“In response to @andyparkart ‘s #WandaVision post yesterday, here is a version of the “Incredibles” shot in storyboards from the finale. If you squint REALLY hard the boy on the left kinda looks like @iamjulianhilliard haha”

The Emmy-nominated Marvel Cinematic Universe streaming series, WandaVision, was applauded by critics and fans for artfully using inspiration from classic TV and sitcom tropes spanning decades of television history — drawing on TV shows like Bewitched, The Dick Van Dyke Show, The Brady Bunch, and Modern Family. This particular homage to The Incredibles is a fun Easter egg for Disney and Pixar fans.

WandaVision followed Wanda Maximoff as she created a fantasy world in response to Thanos killing Vision during the events of Avengers: Infinity War (2018). In this Chaos Magic-fueled reality, Wanda dealt with her grief by reviving her beloved Vision and creating a normal life — that included the birth, then rapid aging, of their superpowered sons Billy AKA Wiccan and Tommy AKA Speed.

Related: Kevin Feige: Kathryn Hahn WILL RETURN as Agatha Harkness in the MCU

All episodes of WandaVision are currently streaming on Disney+. You can get caught up on the Marvel Cinematic Universe with streaming series The Falcon and The Winter Soldier, starring Anthony Mackie as Captain America and Sebastian Stan as Winter Soldier, and Loki starring Tom Hiddleston reprising his titular role.

What are your favorite WandaVision Easter eggs? Let us know in the comments!