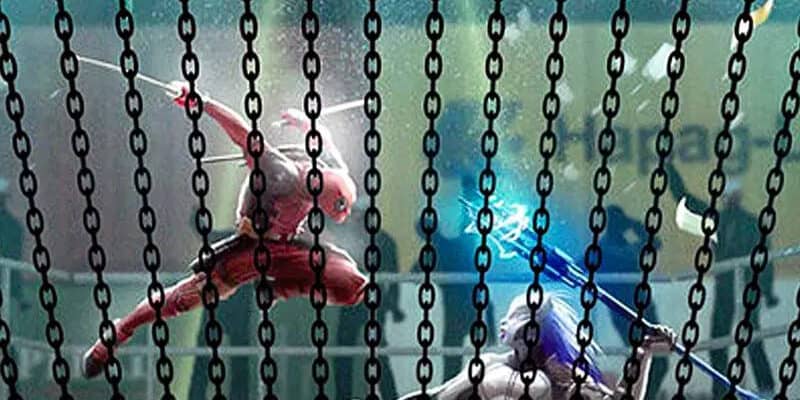 Deadpool almost made it into the MCU as concept art from Shang Chi and the Legend of the Ten Rings (2021) revealed Ryan Reynolds‘ Wade Wilson/Deadpool in Xialing’s Golden Daggers fight club.

Fans don’t know when to expect Deadpool’s next appearance in the Marvel Cinematic Universe. Some fans believe Deadpool will appear in Doctor Strange in the Multiverse of Madness (2022), even though Reynolds claims Deadpool won’t appear in the film. The safest bet is that Deadpool won’t be seen until his next film, Deadpool 3 releases and the film has already been confirmed to be in the MCU.

Deadpool is the first Fox character to appear in the MCU with the X-Men and Fantastic Four on their way to enter the MCU soon. Patrick Stewart already confirmed his role as Charles Xavier/Professor X in Doctor Strange 2. This has led fans to wonder who else from the X-Men or Fantastic Four will show up as both superhero teams are rumored to be in the Doctor Strange sequel.

Concept Illustrator, Andrew Kim shared several images of his work from Shang Chi and one of them revealed Deadpool fighting Proxima Midnight.

It’s important to remember that concept art for movies happens during the earlier stages of a film. Normally, concept art helps the team figure out what the sets look like, and who will appear in the scene. It’s possible that Shang Chi was in the early stages before Avengers: Infinity War (2018) and Avengers: Endgame (2019) were finished. This would explain why Proxima Midnight is fighting Deadpool in the concept art despite having been killed off in Infinity War and Endgame.

Another reason why Marvel had Proxima Midnight in the concept art is that they needed a placeholder. This would make sense as Tim Roth’s Abomination eventually replaced Deadpool for the cameo. Marvel most likely realized that Deadpool fighting Abomination would have been too much for the movie which is why Marvel chose Wong (Benedict Wong) to fight the Abomination.

Marvel decided very early on to cut Deadpool from the film which is sad to think about since many fans want to see the character in the MCU. Deadpool’s humor is meant for an older audience and if the character wasn’t done right, fans would’ve been furious with Marvel. Since Marvel tends to not have bloody fights and vulgar humor, some Deadpool fans are concerned that the MCU will ruin the character.

Disney+ recently announced that their streaming platform will be adding parental controls for more mature content. This is because the Netflix Marvel shows are coming to Disney+ which could be an early sign that Marvel is willing to lean more into more mature content. It’s a shame that Deadpool didn’t make it into Shang Chi, but it’s cool knowing that Marvel briefly considered him for a cameo before choosing Wong and Abomination.

Do you wish we had Deadpool appear in Shang Chi? Do you think Disney will ruin the character? Let us know what you think in the comments section below!

There are many things to look forward to in the Marvel Cinematic Universe while we wait for X-Men’s arrival into the MCU. On Disney+  you can expect Moon Knight on March 30, Ms. Marvel in Summer 2022, and She-Hulk to debut this year. For movies, Doctor Strange In the Multiverse of Madness comes out on May 6, followed by Thor: Love and Thunder on July 8, and Black Panther: Wakanda Forever on November 11.