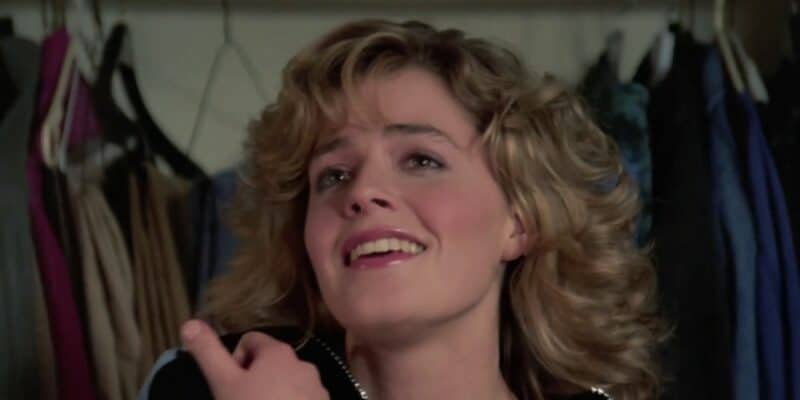 However, there are some films that many people still don’t know about. These tend to be labelled “cult classics”, and while Adventures in Babysitting (1987) has likely found a new following after appearing on Disney +, the home of STAR, it still isn’t a film many people know exists.

Perhaps this is due to the fact that it has an alternate title, as it’s also known as A Night on the Town in certain countries. The American teen comedy film was directed by Chris Columbus, who is best known for the first two Home Alone movies and the first two Harry Potter movies.

As per Wikipedia, here’s the official synopsis for Adventures in Babysitting:

After her boyfriend Mike cancels their anniversary date, seventeen-year-old Chris Parker invites her friend Brenda over to her Oak Park, Illinois, house to cheer her up, but is convinced by her mother to babysit the Andersons’ daughter, eight-year-old Sarah, while they attend a party in downtown Chicago.

However, after receiving a phone call from a terrified Brenda, who has impulsively run away from home and found herself in a downtown bus station, Chris leaves to pick her up, but is convinced by Brad, Sarah, and Daryl to take them with her, after which citywide antics ensue.

While a famous line (“Don’t f*** with the babysitter”) has been cut from the film on Disney+, at least it can now be enjoyed by a younger generation. However, since its arrival on the streaming service, it’s possible that it has drawn the attention of another fanbase entirely.

Related: Disney+ Censored an Iconic Movie Scene and Fans Aren’t Having It

After their car breaks down on the freeway en route to the city to rescue Brenda, the gang learn they have a flat tire, which becomes the driving force (no pun intended) behind all the trouble they find themselves in while navigating the dark and dangerous streets of downtown Chicago.

As such, later in in the film, Chris and the kids find themselves in “Dawson’s Garage”, where the titular mechanic (played by Vincent D’Onofrio) looks familiar to Sarah, as he has blond hair and wields a sledgehammer! If you haven’t already guessed, Sarah is a fan of the Mighty Thor!

Related: Is the McCallister Family From ‘Home Alone’ Actually a Cult?

Many fans who aren’t familiar with Marvel Comics may not know that Thor has been around a lot longer than the Marvel Cinematic Universe franchise (in fact, Thor hails from Norse mythology). And it seems as though his first cinematic appearance was in Adventures in Babysitting!

At first, Dawson doesn’t seem like a hero, as he denies the gang their car back due to a $5 shortage. But when Sarah offers the man her toy Thor helmet — which she has been wearing throughout the film up until now — he has a change of heart and lets them go, telling Sarah that he already has a Thor helmet at home!

While, of course, D’Onofrio’s character isn’t actually Thor, this is still a neat little Easter egg for Marvel fans, as is the fact that Sarah is a super-fan (her bedroom is adorned with Thor merchandise).

If you’re looking for the real Thor, though, Thor: Love and Thunder (2022) is just around the corner. The fourth entry in the Thor franchise (and 29th film in the Marvel Cinematic Universe) is directed by Taika Waititi and sees Chris Hemsworth reprising his role as the God of Thunder.

Waititi recently confirmed that the movie will not address the “multiverse”, which plays a large role in Spider-Man: No Way Home (2021) and Doctor Strange in the Multiverse of Madness (2022). But is it possible that Adventures in Babysitting exists within the MCU multiverse?!

After all, between Spider-Man: No Way Home and Doctor Strange in the Multiverse of Madness, the MCU now acknowledges a number of non-MCU Marvel movies, such as Sam Raimi’s Spider-Man Trilogy, the X-Men series, and the Venom movies.

Adventures in Babysitting is in no way a Marvel movie, of course, and not only that, but Vincent D’Onofrio doesn’t actually play Thor in the movie, who is also a fictional character within the film. But who knows whether or not any “fourth wall” realities exist within the MCU universe.

If this isn’t the case, then how does Marvel ever plan on introducing Deadpool — a superhero who breaks the fourth wall at every given opportunity — into the fold?! Either way, Vincent D’Onofrio is already an MCU regular, as he plays Kingpin in both Daredevil (2015) and Hawkeye (2021).

Adventures in Babysitting is available to stream on STAR on Disney+. There’s also a remake of the ’80s cult classic on the streaming service.

Do you think Adventures in Babysitting is part of the “extended” Marvel Cinematic Universe? Let us know in the comments down below!