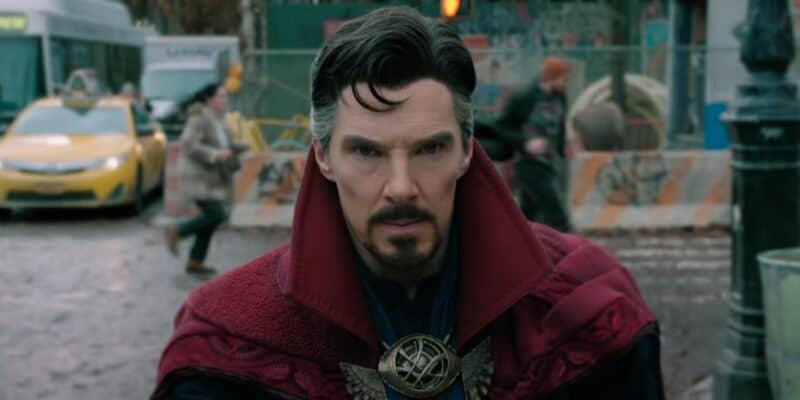 Benedict Cumberbatch and his costars, including Elizabeth Olsen, and Benedict Wong, announced via an internet spot the upcoming Disney+ streaming date for Doctor Strange In The Multiverse of Madness. The verified date came within an internet trailer as well as a press release from Disney themselves.

Verified: Disney+ Date for Doctor Strange In The Multiverse of Madness

With The Walt Disney Company’s and Marvel Studios’ system of launching first in theatres and then on Disney+ around 45 days later (following the huge Black Widow (2021) debacle), it was expected that the streaming service will begin showing Doctor Strange in the Multiverse of Madness sometime in June. Initially rumored on the internet to have a planned Disney+ release date, a published and then deleted a tweet from the Disney+ Germany account may have leaked the date.

The Disney Press release gives a few more expected details about the upcoming streaming release, including a plot point recap, stars of the film, and producer names.

In Marvel Studios’ “Doctor Strange in the Multiverse of Madness,” the MCU unlocks the Multiverse and pushes its boundaries further than ever before. Journey into the unknown with Dr. Stephen Strange, who, with the help of mystical allies both old and new, traverses the mind-bending and dangerous alternate realities of the Multiverse to confront a mysterious new adversary.

The film is directed by Sam Raimi, and Kevin Feige is the producer. Louis D’Esposito, Victoria Alonso, Eric Hauserman Carroll, Scott Derrickson and Jamie Christopher serve as executive producers. The screenplay was written by Michael Waldron. “Doctor Strange in the Multiverse of Madness” released in U.S. theaters on May 6, 2022.

Disney+ is the dedicated streaming home for movies and shows from Disney, Pixar, Marvel, Star Wars, and National Geographic, along with The Simpsons and much more. In select international markets, it also includes the new general entertainment content brand, Star. The flagship direct-to-consumer streaming service from The Walt Disney Company, Disney+ is part of the Disney Media & Entertainment Distribution segment. The service offers commercial-free streaming alongside an ever-growing collection of exclusive originals, including feature-length films, documentaries, live-action and animated series, and short-form content. With unprecedented access to Disney’s long history of incredible film and television entertainment, Disney+ is also the exclusive streaming home for the newest releases from The Walt Disney Studios. Disney+ is available as a standalone streaming service or as part of The Disney Bundle that gives subscribers access to Disney+, Hulu, and ESPN+. For more, visit disneyplus.com, or find the Disney+ app on most mobile and connected TV devices.

Will you be tuning into the latest Marvel Cinematic Universe movie to rewatch it at home? What Easter Eggs do you hope to find?