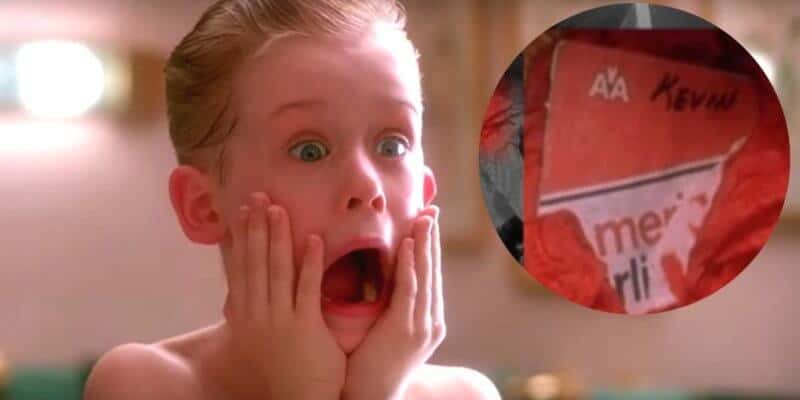 With the holiday just around the corner, I’m sure many of you have already begun watching some of the holiday classics to get you in the holly jolly spirit. One of my all-time favorite holiday films is Home Alone, starring Macaulay Culkin as Kevin McCalister, as he is unexpectedly left home alone after his family rushes out of the house to try and catch the plane for their upcoming vacation.

But have you ever wondered why it took Kevin’s mom, played by Catherine O’Hara, so long to figure out Kevin was left home and never made it onto the plane with the rest of the family? Well, this plot point, which you most likely have missed, answers that exact question!

In the first Home Alone film, Kevin and his family order pizza for dinner the night before they have to leave for their upcoming Paris vacation. When Kevin goes into the kitchen to get a slice of pizza, he realizes there is no cheese pizza left, which he gets extremely upset about. His older brother, Buzz, teases him, getting Kevin all riled up, leading to a fight.

During the fight, chaos occurs in which pizza is knocked off the table, and milk is spilled all over the counter. In an attempt to clean up the mess, Kevin’s father accidentally throws out Kevin’s airline ticket. The camera stops on the trash can for a split second so that the viewers can see the ticket in the garbage, but it still goes unnoticed by so many.

Heather McCallister also miscounts the tickets in the following scene while the family is getting ready to go into the van to go to the airport. The neighbor’s kid was in the van as Heather counted heads, mistaking him for Kevin. In addition, this is why when Kevin’s dad hands the flight attendant all of the passports and tickets for the family, they think everyone is on board — because Kevin’s ticket isn’t in the pile.

So even if Kevin didn’t sleep in and had gone with the family to the airport, he would have had a hard time getting on the plane without his ticket.

Home Alone, as well as the newly released reboot, are now streaming on Disney+. If you aren’t yet signed up for the streaming service, you can get started here.

Have you ever noticed this extremely important plot point? Let us know in the comments below.

Comments Off on The ‘Home Alone’ Plot Point You Probably Missed, But Need to Know