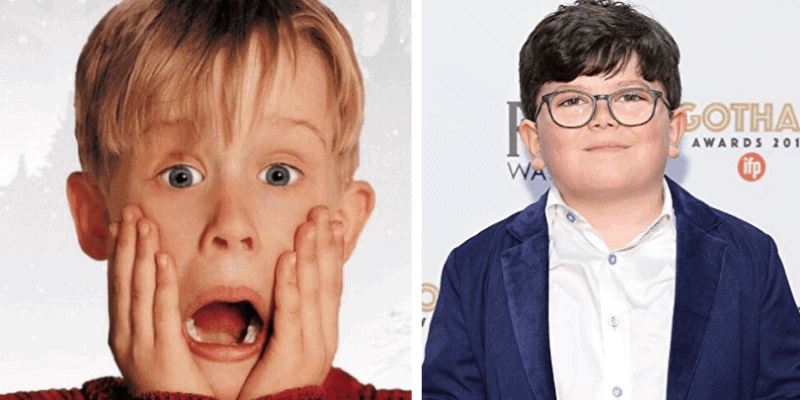 This just in! We now know who will star in the Home Alone reboot currently in the works for Disney+, and we want to know what you think of the lineup!

Variety just announced three of the actors who will star in the upcoming remake of the Home Alone movie. Archie Yates — known for Jojo Rabbit — Ellie Kemper — of Unbreakable Kimmy Schmidt — and Rob Delaney will each be playing roles in the film, although at this time it’s unclear what their roles will be.

While many are skeptical about the new version of Home Alone because they believe nobody can replace Macaulay Culkin’s fan-favorite character of Kevin McAllister, there’s nothing to worry about. Variety reports that a new character will be the star of this film. So it looks like Yates will be playing the role of a different kid who gets left home alone for the holidays, although we’re not sure what the exact plot of this new movie will be. We’re also not sure if Kemper and Delaney will be husband and wife or even Yates’s character’s parents, but we’ll share more details as they’re released.

The film will be directed by Dan Mazer, and Mikey Day and Streeter Seidell are screenwriters. It will be produced by Hutch Parker and Dan Wilson. This marks the first project to be produced by Twentieth Century Fox for Disney’s new streaming service, Disney+.

If you’re unfamiliar with the original Home Alone film, here’s a synopsis:

While there are plenty of fans who are disappointed to know that there’s yet another remake coming to fruition, it’s not surprising that a rebooted Home Alone film is in the works, given how successful the first movie alone was. Home Alone, which came out in 1990, made $476.7 million worldwide, and its sequel, Home Alone 2: Lost in New York, was successful, as well. The following films were lackluster, but if this new movie has as much spunk, wit, humor, and charm as the 1990 original, it’s sure to be good.

What do you think of a  Home Alone reboot coming to Disney+?