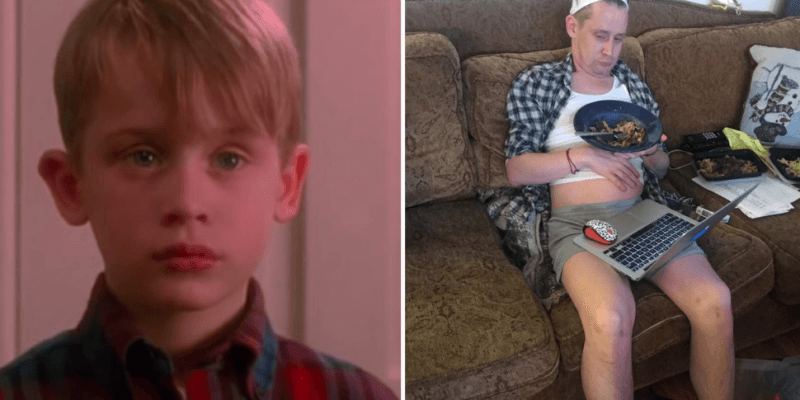 With all the news of Disney remakes lately, we’re not surprised whenever Hollywood stars want in on the action. But it isn’t every day the star of an original film shares his interest in a rebooted version. Macaulay Culkin, the original leading role in Fox’s “Home Alone,” recently responded to the news that Disney’s remaking the beloved film in the most hilarious way possible.

Disney announced earlier this week that the company plans to remake several fan-favorite Fox films, including “Planet of the Apes,” “Night at the Museum,” and yes, “Home Alone.” While many fans of the original “Home Alone” film were upset at the news that Disney was planning to remake what is considered one of the best Christmas films of all time (or one of the best family movies, in general, thanks to John Hughes), others (including Macaulay Culkin) took a different approach and embraced the idea.

In the original movie, Culkin plays Kevin McCallister, an 8-year-old who gets left behind on a family trip and has to hilariously defend his house from two con men. The movie is witty, charming, and relatable, so why wouldn’t the remake be the same? Culkin took to Twitter to share a spot-on photo of how he thinks a “Home Alone” reboot would look, even adding the caption, “Hey @Disney, call me!” to show fans he’s pretty much on board with starring in the upcoming film. Take a look:

Still, even with Culkin seemingly on board with Disney’s choice to remake “Home Alone,” fans of the original have mixed opinions. Some say the actor should be cast as the dad of the new kid star, while others don’t think Disney should remake such a classic movie at all. Here’s what fans are saying:

I want too see you in a new home alone that is a cross between home alone and die hard.

Kevin would just be back home from the war, and a friend that lives in a big apartment building is in trouble with some drug dealers, And kevin has to fight them all.

Hey @Disney, if Macaulay’s not in the reboot, don’t bother making it!

Disney: We’re going to remake the classic that is Home Alone

Disney wants to reboot #HomeAlone Nobody wants this. Want proof? There are 4 sequels to Home Alone that nobody cares about.
The first movie was perfect. No reboot or sequel will ever recapture the magic that was the orginal. pic.twitter.com/tvJMTiUJSl

What’s your take? Should Disney continue remaking films like “Home Alone,” or are some classics better left alone? Share your thoughts in the comments!