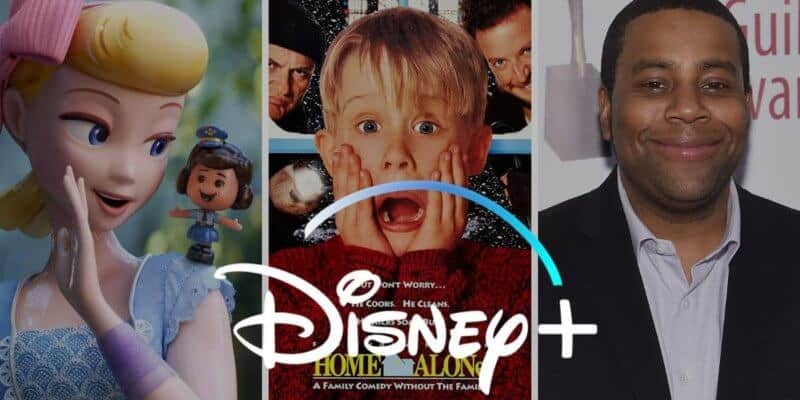 As we recently reported, Archie Yates — known for Jojo Rabbit — Ellie Kemper — from Unbreakable Kimmy Schmidt — and Rob Delaney will all be starring in the upcoming Home Alone reboot, coming soon to Disney+. These three stars have been confirmed to be playing roles in the upcoming film, though we aren’t sure exactly what their roles will be.

Kenan Thompson is a comedian and actor and is best known for his time on Saturday Night Live, which he has been part of since 2003.

Ally Maki is best known for her role as Jess Kato in the TBS comedy series Wrecked. However, the Disney community will recognize her as providing the voice of Giggle McDimples in Toy Story 4.

Chris Parnell is best known for his time on Saturday Night Live from 1998 to 2006 as well as his role of Dr. Leo Spaceman on 30 Rock.

As we recently reported, the upcoming Home Alone reboot will be directed by Dan Mazer. Mikey Day and Streeter Seidell are screenwriters and it will be produced by Hutch Parker and Dan Wilson. This will be the very first project to be produced by Twentieth Century Fox for Disney+.

Variety also reported that the upcoming reboot will not star Kevin McCallister and will, in fact, debut a brand new character as the star of the film.

The original Home Alone film debuted in 1990 and is one of the most popular Christmas films to date. The official synopsis of the original film reads:

After the success of the original film, 20th Century Fox went on to make a sequel titled Home Alone 2: Lost in New York, which was also very successful.

Are you excited about the upcoming Home Alone reboot? Let us know in the comments below.