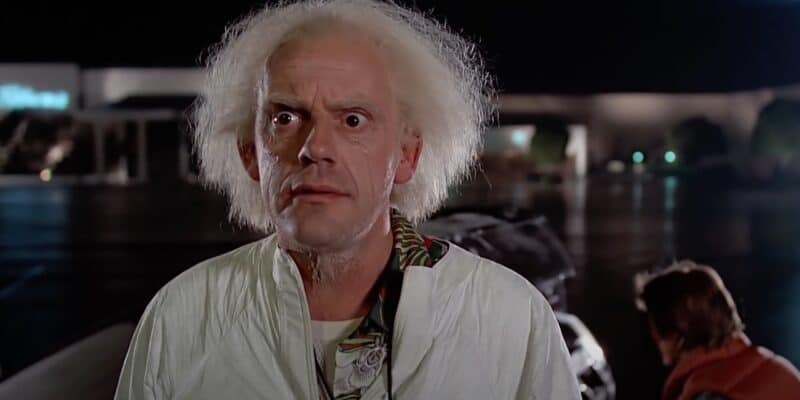 Over the years, there has been quite a bit of back and forth as to whether or not we’ll see a new Back to the Future, even though the writers Bob Gale and Robert Zemeckis (who also directs) have long since put any rumors to bed, saying that they would never allow such a thing to happen.

There have even been rumors of Tom Holland stepping into the self-tying sneakers of Marty McFly, and while the Peter Parker/Spider-Man actor would make a fitting replacement, we still don’t think he would hold a candle to the legendary Michael J Fox.

Not only that, but we don’t want to see a new Back to the Future movie — even if we think we do. Whether it’s a fourth movie in the original series, a reboot, prequel, or a TV series, some things are best left alone, and Back to the Future might just be the best example of such a franchise.

After all, just look at what happened with Ghostbusters: Answer the Call (2016), which is a reboot of the original 1984 classic. Well, for once, it looks like we’re stuck with the Back to the Future Trilogy and nothing more, and we couldn’t be happier about it!

In fact, this looks like it’s cause for celebration, so let’s rank all three movies in the trilogy from worst to best (even if “worst” is, of course, hardly appropriate in this ranking)!

3. Back to the Future Part II

Picking up where the first movie ends, Back to the Future Part II (1989) finds Marty McFly (Michael J Fox), Jennifer Parker (Elizabeth Shue), and Doc Emmett Brown (Christopher Lloyd) arrive in the future of 2015. But time-travel shenanigans are about to hit an all-time high, as the older version of Biff Tannen (Thomas F Wilson) gets his hands on the DeLorean.

Despite being at the bottom of our list, Back to the Future Part II is not a bad sequel or a bad movie in any way whatsoever. But one has to be considered the “worst” in the trilogy, and while it’s Back to the Future Part III (1990) that’s generally the least-favorite among fans, we think the future-set sequel just doesn’t feel quite as neatly packaged as the entries that bookend it.

Perhaps it’s the hopping back and forth between different points in time, but the 1989 sequel never quite feels as well thought-out as the other two entries. With all that said, it’s huge fun to see 1989’s vision of 2015! And just like Back to the Future Part III, we get to see Michael J Fox play three characters (or four if you include his future-self!).

There’s also no denying that Back to the Future Part II is just as iconic as the others, whether it’s Marty McFly’s hoverboard or his color-shifting lenticular baseball cap. In fact, the film is known for having set some “real-world” challenges, and now, self-tying sneakers exist, as does a version of the hoverboard! We’re still waiting on that DeLorean, though…

2. Back to the Future

The ’80s was the birthplace of many iconic movie franchises, such as Ghostbusters, Terminator, Batman, Indiana Jones, Die Hard — the list goes on and on. But if we were to rank the movies that started some of those franchises, Back to the Future (1985) would easily fall into either first or second place (it would probably have to battle it out with 1984’s Ghostbusters).

Back to the Future might just be a flawless classic (yes, there are many classics that aren’t flawless — remember the shark in Jaws? Marty McFly would agree!), and it manages to find that perfect balance between hilarious yet somewhat subtle comedy and the awe-inspiring wonder of science fiction, just like the original Ghostbusters (1984).

And it isn’t just about originality — there are plenty of movies built around great ideas that are nowhere near as good as Back to the Future — it’s also about execution, and in this case, excellent casting choices. Michael J Fox is perfect as the wide-eyed, sometimes hot-headed teen who’s both dorky and cool, while Christopher Lloyd and Thomas F Wilson are great supporting actors.

Back to the Future is also filled from start to finish with moments that have been immortalized in cinema, whether it’s the trail-blazing DeLorean, the infectious Chuck Berry cover at “The Enchantment Under the Sea” dance, or the thrilling clock tower sequence in the third act. There hasn’t been a more fun time-travel movie since — unless of course you count the sequels!

1. Back to the Future Part III

Back to the Future Part III sees Marty McFly travel back to the Old West to track down Doc Brown and bring him “back to the future”, but it turns out that Doc has already made an enemy in town — none other than Buford “Mad Dog” Tannen (Thomas F Wilson), who plans on killing the scientist during a stand-off. Unfortunately, for many, this entry is the least favorite of all three.

Back to the Future Part III definitely feels like more of a fantasy adventure than the first two movies, which is due to the setting, something many fans consider to be a jarring departure to the more relatable ’50s or ’80s. But it’s the film’s choice to take place in the Wild West that sets it apart, just like Back to the Future Part II‘s futuristic setting gives that film its own identity.

Even if Back to the Future Part III is your least favorite of the three, you’ll probably agree that it’s still wildly entertaining stuff (and on par with the others). It’s great fun to watch Marty McFly go around calling himself Clint Eastwood, discovering a new time machine in the form of a steam-powered locomotive (which also flies), or seeing yet another Tannen get his comeuppance!

Back to the Future Part III is also a fitting end to the Back to the Future Trilogy, and it also concludes a a subtle story arc that runs through all three movies, which revolves around Marty McFly’s hot-headed nature and how it often lands him in trouble. At the end of the third movie, we see that he’s learned to make better choices and not rise to adversity.

How would you rank all the Back to the Future movies? Let us know in the comments below!