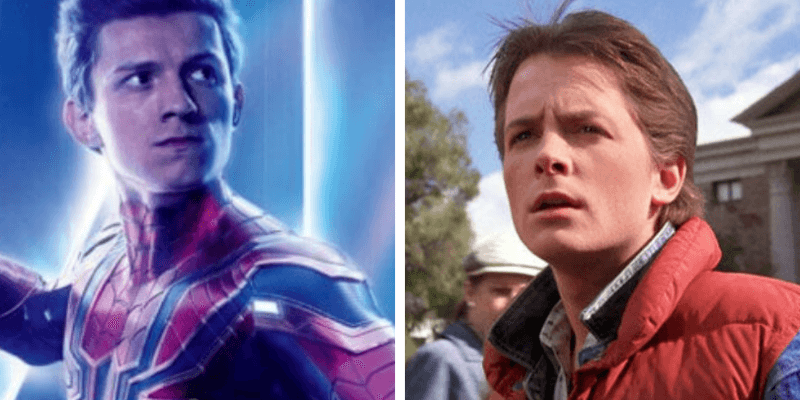 For years, Hollywood has been gripped by a sequel/reboot fever with no cure in sight. It seems no franchise is safe, and that includes Back to the Future.

There was a rumor buzzing around that talk to reboot Rober Zemekis‘s time-travel trilogy was underway and that British actor, Tom Holland, was being considered to play Marty McFly. Now, fans of the franchise were torn by this possibility. Most fans dug their heels in while others like Deep Fake went so far as to recreate an entire scene with Holland as McFly (originally played by Michael J Fox) and Robert Downey Jr. as Doc (originally played by Christopher LLoyd) that became a viral video. But up until now, this was just “fan talk.”

Now, Tom Holland confirmed to BBC Radio 1 that, yes, there was a talk. But a remake is not planned for the future.

I’d be lying if I said there hadn’t been conversations in the past about doing some sort of remake, but that film is the most perfect film- or one of the most perfect films, one that could never be made better. That said, if [Robert Downey Jr.] and I could just shoot that one scene that they remade for fun – he could pay for it cause he’s got loads of money – I would do it for my fee and we could remake that scene. I think we owe it to deep fake because they did such a good job. … I think I’m gonna speak to Robert and see if we can try to recreate something for deep fake.

You can watch the full BBC Radio 1 interview here:

Back to the Future was produced by Steven Spielberg, directed by Robert Zemeckis, and released in 1985. It told the story of the quintessential ’80s kid who accidentally gets sent back in time to 1955 where he goes on a mission to not only return to 1985 but to also make sure his parents end up together.

While aspects of the film are corny, it is viewed by many as one of the most perfect films ever made in matters of story structure. Back to the Future is even shown and taught in college writing courses today. It appears, for once, Hollywood is going to leave an iconic franchise alone and abide by the rule, “if it ain’t broke, don’t fix it.”

That being said, it would be interesting to see what Tom Holland could bring to Marty McFly after seeing how he’s adapted the role of Spider-Man/Peter Parker in the Marvel Cinematic Universe.

What do you think? Are you disappointed there won’t be a Back to the Future remake? What did you think about Tom Holland playing Marty McFly? Let us know in the comments.