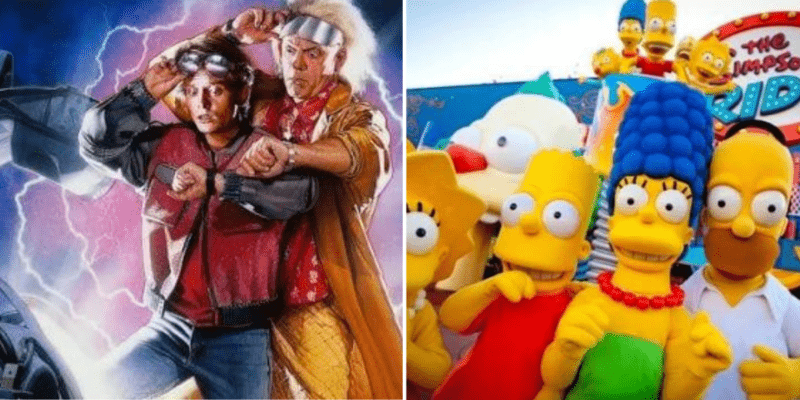 All we can say is Great Scott!

If you visited Universal Studios Florida anytime in its first 16 years of existence, it’s likely you checked out Back to the Future: The Ride.

The attraction, based on the beloved cult-classic Back to the Future trilogy starring Michael J. Fox (Marty McFly) and Christopher Lloyd (Doc Brown), took Guests on a journey through time as they looked to capture a second time machine back from Biff, the bully in the Back to the Future series. The attraction was retired to make way for The Simpsons Ride in 2007.

Ever since then, many Universal Orlando Resort fans have clamored for the attraction to return in some form or fashion.

Recently, User U/devicto89 posted an idea on Reddit that got Universal fans excited.

They said that Universal Orlando should have a “Back to the Future Day” where the ride returns to its original form just temporarily as a way to pay homage to the attraction.

“Universal should do a Back to the Future day and have The Simpsons Ride turned to Back to the Future: The Ride for one whole day or week,” the user said. “I love Back to the Future and it brought so many good memories when I rode it. I know the passenger cars are using the same movements as the original and they have 2 theaters to do it. I think they should do it on the week of October 21 so everyone can have a bit of nostalgia and get to enjoy something others that didn’t get the chance to ride it at least have that experience.”

The Simpsons Ride does have similar movements to those that were in Back to the Future: The Ride, similarly to how Despicable Me: Minion Mayhem is similar to Jimmy Neutron’s Nicktoon Blast, the attraction that was previously in the space.

However, there are many challenges to this kind of idea that makes it nearly impossible.

First, we don’t know what the contractual obligations are with The Simpsons and Universal. In addition, while the ride movements are the same and there are two theaters in which the show could be projected, this would still be a massive undertaking by Universal Team Members to make this kind of transformation happen, even on a temporary basis.

The theming for The Simpsons Ride also fills the building, which could be confusing and make for a difficult sell for Guests who aren’t diehard fans of Back to the Future.

Here’s how Universal Orlando described Back to the Future: The Ride:

Great Scott! Doc Brown sent you screaming through time and space on a 1.21-jigowatt adventure—in Sensurround, no less. You’d fly from 2015 Hill Valley through an Ice Age avalanche, into the clutches of a dinosaur and back to the future, all to stop Biff from altering the future. Doc and friends left us in 2007 to make way for The Simpsons Ride™.

While Back to the Future: The Ride isn’t likely to return, there are other ways that Universal Orlando could keep the beloved classic alive.

Doc Brown is still around for meet and greets and Universal Guests can still get pictures with the train and the DeLorean that are seen in the movies. It’s also not out of the question that Universal could one day pay homage to the retired attraction by simply allowing Guests to watch the attraction on a projector screen of some sort.

In addition, there are rumors that an escape room is being built at Universal’s CityWalk and one of the potential themes is none other than Back to the Future.

Many Universal fans have hoped that classics like Back to the Future and Jaws (1975) and could be included in the Epic Universe, but at this point it doesn’t seem that they are in the plans.

Do you miss Back to the Future at Universal Orlando Resort? Let us know in the comments.