Why Disney Turned Down 'Back to the Future' - Inside the Magic 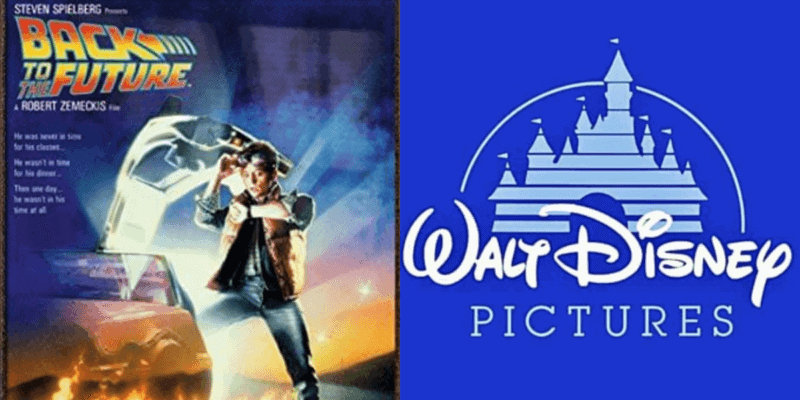 It is considered one of the greatest movies ever made with a nearly perfect story structure. The time-traveling characters Marty McFly and Doc Brown have become household names among moviegoers, immortalized the ill-fated Delorean. But the script was rejected by Disney.

That’s right — Walt Disney Studios rejected Back to the Future.

Reminiscing around the 25th anniversary of its release, producer and co-writer Bob Gale explained to CNN what happened when he took it to Disney with co-writer and director Rober Zemeckis.

“Bob [Zemeckis, co-writer and director] and I thought one day, ‘what the hell, let’s take it to Disney.’ This was before Michael Eisner went in and reinvented it. This was the last vestiges of the old Disney family regime. We went in to meet with an executive and he says, ‘Are you guys nuts? Are you insane? We can’t make a movie like this. You’ve got the kid and the mother in his car! It’s incest — this is Disney. It’s too dirty for us!'”

But Disney wasn’t the only one. Gale said, “The script was rejected over 40 times by every major studio and by some more than once.” Changes to the script were made, and the second official draft was eventually found its way to Universal Studios where the head at the time requested a few changes.

“The head of Universal at the time, Sid Sheinberg, liked the script, but he asked for a couple of things to be changed. First, he was known as ‘Professor Brown,’ not ‘Doc Brown.’ He said that kids wouldn’t like someone named ‘Professor,’ so let’s change it to ‘Doc Brown.’

His wife’s name was Lorraine, the actress Lorraine Gary who’s in ‘Jaws.’ The female character’s name was changed to Lorraine, in honor of Sid’s wife. He wanted that.

Also at first, Doc Brown didn’t have a pet dog. He had a chimpanzee. Sid said no chimpanzees. ‘I looked it up,’ he said, ‘no movie with a chimpanzee ever made any money.’

We said, what about those Clint Eastwood movies, ‘Every Which Way But Loose’ and ‘Any Which Way You Can’? He said, ‘No, that was an orangutan.’ So, we have a dog.”

Gale also told CNN that the script also found its way to Steven Spielberg who took a liking to it. But instead of directing it himself, Spielberg let Zemeckis make it, and Back to the Future became the first film not directed by Steven Speilberg to be made by Amblin Entertainment.

Now, Back to the Future is an icon of Universal Studios and a cult classic loved by millions. But some people, including this writer, are left wondering: would things have been different if Michael Eisner got his hands on it?