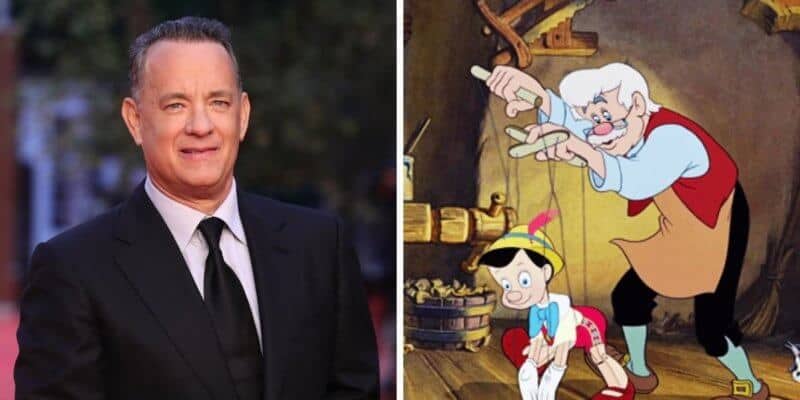 Now, Disney is working on another live-action film based around the 1940 animated classic, Pinocchio. If you aren’t familiar with the classic Disney film, here is the description:

When the woodworker Geppetto (Christian Rub) sees a falling star, he wishes that the puppet he just finished, Pinocchio (Dickie Jones), could become a real boy. In the night, the Blue Fairy (Evelyn Venable) grants Geppetto’s wish and asks Jiminy Cricket (Cliff Edwards) to serve as the wooden boy’s conscience. But the naive and trusting Pinocchio falls into the clutches of the wicked Honest John (Walter Catlett), who leads him astray to the sinful Pleasure Island.

Related: Director of “Back to the Future” in talks with Disney for “Pinocchio” remake

So who will play the famous Geppetto in the live action film? Well, according to Deadline, Disney may have found the perfect fit — The one and only, Tom Hanks!

Deadline states, “We are hearing that he is in early negotiations to play Geppetto in Disney and Robert Zemeckis’ live-action retelling of Pinocchio. Although insiders say negotiations are very early, we hear that after reading the script, Hanks has reached out to Zemeckis to let him know he wants to do the film.”

If this is true, the live action Pinocchio film will make for the fourth collaboration between Hanks and Zemeckis, including Forrest Gump, Cast Away, and The Polar Express.

Robert Zemeckis is set to direct the upcoming live action film while Andrew Miano and Chris Weitz will be producing through their company Depth of Field. Weitz and Zemeckis will be in charge of the script.

Tom Hanks has a long history with the Walt Disney Company as he is best known for played Sheriff Woody in the Disney Pixar franchise, Toy Story. Hanks also portrayed the iconic role of Walt Disney himself in the film, Saving Mr. Banks.

Are you excited to see Hanks possibly take on the role of Geppetto in the live action Pinocchio? Let us know in the comments below.