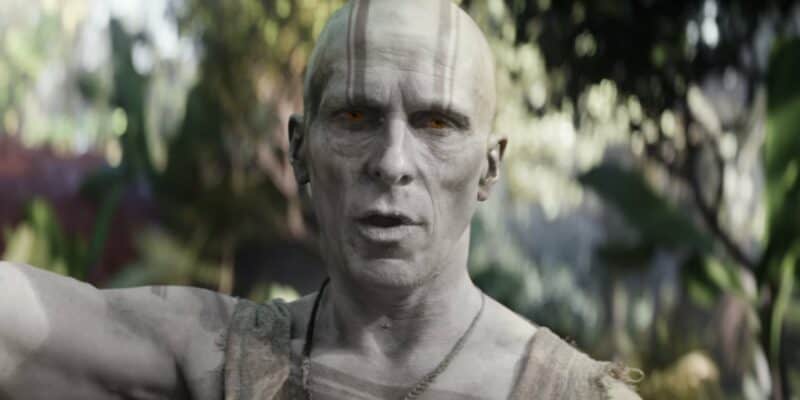 With Thor: Love and Thunder (2022) releasing in theaters next week, fans are excited to see Chris Hemsworth’s Thor return for another movie. Fans are also looking forward to seeing Christain Bale as Gorr the God Butcherer after Taika Waititi shared that he thought the villain was better than Thanos.

Thor 4 will be an action-packed adventure since the MCU movie will have a shorter runtime than usual and include the Guardians of the Galaxy. Hemsworth has also made it clear that he is open to returning to the MCU only if Waititi returns to direct another movie with him.

Related: John Krasinski’s MCU Future Is Up In the Air, Recasting ‘Fantastic Four’ Is Inevitable

When Bale was asked to play Gorr, the actor originally didn’t know if he could play the villain. At first, he was concerned with how muscular the villain was and raised his eyebrows at the thought of wearing a g-string. Taika convinced him that he wouldn’t have to deal with any of that, but then Bale was also concerned with scheduling conflicts.

The actor had been working nonstop the past few months before Thor 4 and was concerned that he wouldn’t be able to have time for his family. If it wasn’t for his kids, Bale doesn’t think he would’ve played the villain after all.

In a recent interview, Bale shared how he told his family about the situation and shared his concern and his children immediately told him that he had to take the role and the rest was history:

“For me, it was Taika. I loved Thor Ragnarok, as did my family. We also all loved Jojo Rabbit, and then I had worked with Natalie and wanted to work with Tessa and with Chris. It comes down to that, really. I just went, ‘Great!’ Loved the script, loved Taika’s description of the villain. ‘Let’s go do this.'”

“There were some potential scheduling conflicts. I said to my family, ‘I don’t think it’s going to work out,’ and they went, ‘No, you make it work out. You’re doing this, Dad.’ They gave me my marching orders, and I dutifully obeyed.”

It’s good to know that Bale’s kids helped save the day as fans would’ve been devastated if Bale couldn’t be a part of the MCU. While Bale’s intentions were noble since he was looking out for his family, it’s good to know that things worked out. Now fans can see Gorr fight with Thor next week in Love and Thunder.

Do you think Christian Bale will play another comic book character? Let us know what you think!