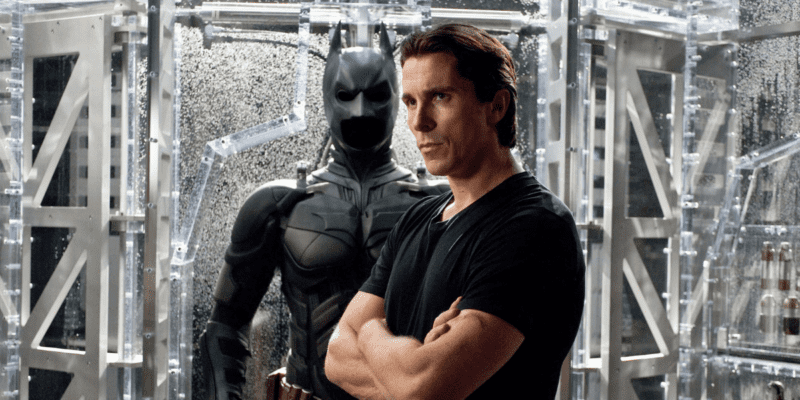 The Marvel Cinematic Universe is the new home of superhero actor Christian Bale, but the legendary Bruce Wayne said he’s ready to return to DC whenever Christopher Nolan is.

Christian Bale is officially joining the Marvel Collection as Borr the god butcher, one of the greatest villains to come out of the MCU to date (as director Taika Waititi has stated).

Billed as one of the most anticipated Marvel movies in recent times, Thor: Love and Thunder (2022) is set to change everything about Thor Odinson (Chris Hemsworth) and more.

Now, with his superhero chops up to date and getting re-immersed into the comic world, Christian Bale has revealed that he’s open to returning as Batman:

Christian Bale says he would only return to play Batman if Christopher Nolan asked him.

Christian Bale says he would only return to play Batman if Christopher Nolan asked him.

Bale’s only condition on returning to the world of DC is that The Dark Knight trilogy director Christopher Nolan would have to be behind the camera once more:

I had a pact with Chris Nolan. We said, “Hey, look. Let’s make three films, if we’re lucky enough to get to do that. And then let’s walk away. Let’s not linger too long.” In my mind, it would be something if Chris Nolan ever said to himself, “You know what, I’ve got another story to tell.” And if he wished to tell that story with me, I’d be in.

In an exclusive interview with Screen Rant, Bale revealed that Warner Bros. or DC hadn’t approached him to reprise his iconic Caped Crusader role.

Many fans widely consider The Dark Knight (2008) the greatest comic book movie of all time. With a historic 9/10 rating, The Dark Knight is the highest-rated superhero movie in history, largely thanks to the landmark performance of the great Heath Ledger.

Only time will tell if Warner Bros. wishes to extend The Dark Knight franchise while Robert Pattinson and director Matt Reeves actively work on The Batman 2 and more.

Do you want a new Christian Bale Batman movie? Comment below!