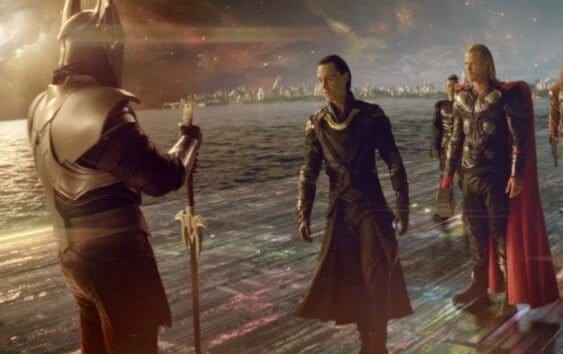 Idris Elba might actually get to become the next James Bond after all.

The actor formerly played Heimdall in the Marvel Cinematic Universe until Josh Brolin’s Thanos killed him in Avengers: Infinity War (2018). Heimdall was Thor’s friend in the MCU and it was great seeing Elba play the stoic watcher over Asgard and the nine realms in the movies. Now it’s exciting that Elba will potentially play the next 007.

Many actors have played Bond over the years such as Pierce Brosnan, Sean Connery, Roger Moore, Timothy Dalton, Barry Nelson, David Niven, and Daniel Craig. In the recent reboot with Craig, James Bond has had a continuous arc throughout his movies which ended with No Time to Die. While Craig is well-known for his role as James Bond, the actor was almost in the MCU, but couldn’t make it due to COVID concerns.

Now Daniel Craig has finished his run as the iconic agent with his last movie, No Time to Die (2022) shocking killing off Bond at the end of the film. Just like 007, fans know a reboot is imminent and Elba might just be the next Bond. An insider shares in a recent report that Elba is definitely in talks for the role:

“Idris has long been in talks to play a role in the next era of James Bond’s story and last year was being considered for a role as an antagonist. However, talks surrounding him playing the lead have started again as producers realized how popular he would be after carrying out secret market research. He ranked highly among the diverse group of movie buffs invited to participate in it. They didn’t want to see him as a nemesis, they want him as the hero.”

Elba has been open to the role for a while, but feared that his being cast as the next Bond would be more because of his color rather than his acting abilities:

“If someone said to me ‘Do you want to play James Bond?,’ I’d be like, Yeah! That’s fascinating to me. But it’s not something I’ve expressed, like, ‘Yeah, I wanna be the black James Bond. You just get disheartened when you get people from a generational point of view going, ‘It can’t be.’ And it really turns out to be the color of my skin… And then if I get it and it didn’t work, or it did work, would it be because of the color of my skin? That’s a difficult position to put myself into when I don’t need to.”

With Idris Elba being 49 years old, he worries that he might be too old to play the role. Due to all of the crazy action sequences involved in a Bond film, playing an older Bond isn’t normally ideal, but it’s possible that Elba could play a very different iteration of Bond that fans aren’t used to.

Reboots tend to shake things up and Elba might be the best actor to redefine what fans think of James Bond just like Craig did the same for the franchise. Due to the Multiverse, it’s possible that Elba could reappear in the MCU, but if he becomes the next James Bond, it’s very unlikely that the actor would have the time to play Heimdall again.

Do you think Idris Elba should be James Bond? Let us know what you think!