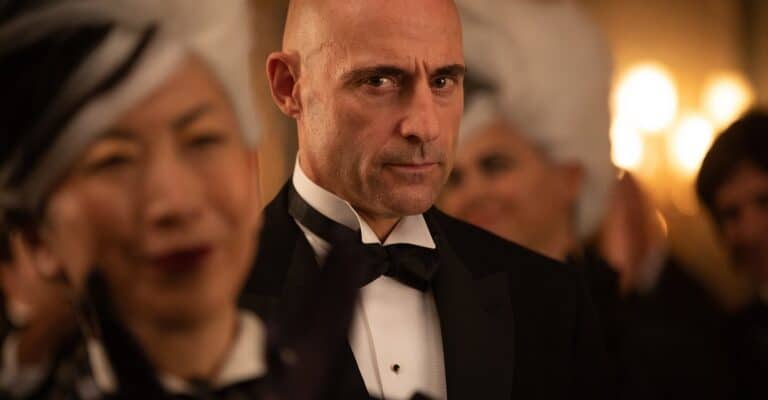 While Cruella (2021) may have focused on the early life of the young future villain and her dealings with Baroness Von Hellman — possibly Disney’s darkest villain — there is one character who played a major role in both women’s lives, but was also supposed to remain in the background, John the Baronness’s butler and valet. John was more of a confidant to the Baroness and had known of Cruella since she was born.

John took care of any problems the Baroness encountered — by either legal or sometimes illegal means. The Baroness thought that John would do whatever she wanted, whenever she wanted, but John proved to be more loyal to what was right than the Baroness. This belief saved Cruella and ultimately revealed the Baroness for whom she truly was.

John was played by the incredibly talented actor, Mark Strong. The British actor has appeared in a number of major films including Tinker Tailor Soldier Spy (2011), Zero Dark Thirty (2012), The Imitation Game (2014), and 1917 (2019). However, Strong nearly portrayed one of the most famous spies in the world — James Bond.

Strong recently revealed in an interview that he thought he was a shoo-in to play the famed British spy, but ended up going out the night before his audition and having way too much to drink with none other than Daniel Craig — the man who would end up being Bond for 15 years.

In his interview with Radio Times, Strong said:

“I had learnt my lines, and I was quite cocky about that, because when I started out auditioning, you didn’t learn your lines, you just read them with the director. But the night before, I went out for a drink with Danny – this was way before he was Bond. And unfortunately, I had a bit too much to drink. So I got to the audition the next day, thinking it would all just come back to me. But when I got in the room I dried.”

While Strong may have tanked the James Bond audition, the actor didn’t let that get to him, and he has been in over 50 film and television productions since Craig started portraying Bond in the 2006 film Casino Royale.

While a sequel to Cruella has been announced — with Emma Stone set to reprise her role as Cruella De Vil — Strong has not said whether he will also be returning. However, it did look like his character would continue to be a large part of Cruella’s life when the film ended.

Would you have liked to see Mark Strong as James Bond or do you think Daniel Craig was the right choice? Let us know in the comments!

Comments Off on ‘Cruella’ Star Reveals He Was Almost James Bond