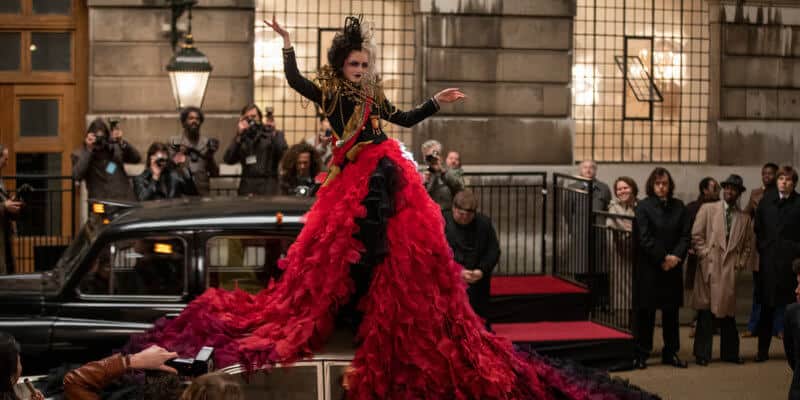 Emma Stone’s Cruella has officially been released on Disney+ and in theaters. While there are a lot of nods to the original 101 Dalmatians film — including her iconic black and white hair and a cameo from a trio of black and white spotted pooches — there is one key aspect of Cruella’s character that viewers will not see in the film.

In both the 1961 original 101 Dalmatians, as well as the 1996 remake, Cruella De Vil is rarely seen without her signature cigarette in its long holder, surrounded by a cloud of smoke. However, you will not see one cigarette anywhere in the entire two-hour film. That seems very odd, considering the film takes place in 1970s London.

Emma Stone — who plays the iconic villain in the new film — recently sat down and spoke with The New York Times, who asked her how she felt about the fact that Cruella De Vil would not be seen with her signature cigarette. Stone was honest about missing that part of the character.

“That is not allowed in 2021. We are not allowed to smoke onscreen in a Disney film. It was difficult to not have that cigarette holder… I was so excited to have that green plume of smoke in there, but it was not possible. I don’t want to promote smoking, but I’m also not trying to promote skinning puppies.”

Even though Cruella will not have her classic cigarette, there is still plenty of smoke that leads to the fire surrounding her character. Disney’s Cruella takes the villain that fans have been obsessed with for years and turns her on her head. She is still dark, and she is still bad — and maybe a little bit mad — but the story of Cruella De Vil is a truly original take that has not been seen before.

To read Inside the Magic’s review of the new film, click here. Make sure to check out Emma Stone in Disney’s Cruella in theaters or on Disney+ with Premier Access!

What did you think of this new take on Cruella? Let us know in the comments!