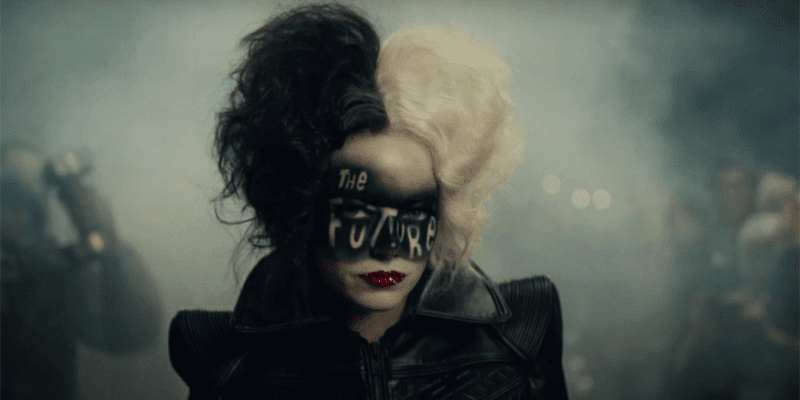 Fans are getting excited for the upcoming Cruella film starring Emma Stone, debuting on Disney+ under the Premier Access and in theaters on May 28.

Since Disney’s Cruella (2021) starring Emma Stone dropped the first trailer in February, there have been a lot of comparisons made between the Emma Stone film’s storyline and that of Joker (2019). The latter movie — starring Joaquin Phoenix as the iconic villain and rival of Batman — is an origin story. Much like Joker, the Cruella trailer presents the film as a villain origin story with the Disney villain at the center of the narrative. Is that where the similarities between Emma Stone’s Cruella De Vil and Joaquin Phoenix’s Joker end?

Speaking to Total Film, Emma Stone addressed the comparisons directly, saying of Cruella, “It’s very different from Joker in many ways.” She went on to praise Phoenix’s Oscar-winning turn as Arthur Fleck in the weeks leading up to his transformation into Joker, citing his exceptional talent. “I would never even remotely compare myself to him,” she said, “I wish I was more like him.”

The director of Cruella, Craig Gillespie certainly understands why commenters have made connections between his film and the Todd Phillips helmed, Joker. “There are some really deep, emotional things that Cruella is dealing with that send her to the villainous darker side. So in that sense, it is [similar],” said Gillespie, “But it’s definitely its own thing. Just to sort of reframe Cruella, I thought it was important to show this darker side of her.”

Gillespie went on to say how the fun tone that Disney films are famous for really separates the films. “There’s going to be a lot of fun, a lot of humor in it. There’s a lot of absolutely delightful banter and rhythm to the style of it, which is different from Joker.”

Cruella made news last week as Disney made a slew of movie release announcements. The news making the biggest splash was the reveal that Disney would be premiering Cruella and Marvel Cinematic Universe’s presumed blockbuster, Black Widow (2021), with a simultaneous theatrical release and digital release.

When Cruella is released on May 28, 2021, the film will be available to theater-going audiences as well as Disney+ subscribers. Disney+ will offer Cruella and Black Widow with Disney+ Premier Access which includes an additional fee. For other films like Mulan (2020), and Raya and the Last Dragon (2021) – also released via Disney+ Premier Access – that fee has been $29.99.

Joining Emma Stone in the upcoming film is Emma Thompson as antagonist the Baroness. Thompson will provide Cruella’s main foil, likely setting her off on the path to becoming the iconic villain of 101 Dalmatians (1961.) Disney’s Cruella de Vil character has, of course, struck a chord with movie audiences for years in live-action as well, with Glenn Close famously portraying the Cruella in 101 Dalmatians (1996) and 102 Dalmatians (2000).

What do you think? What similarities do you see in Joker and Cruella? Let us know in the comments